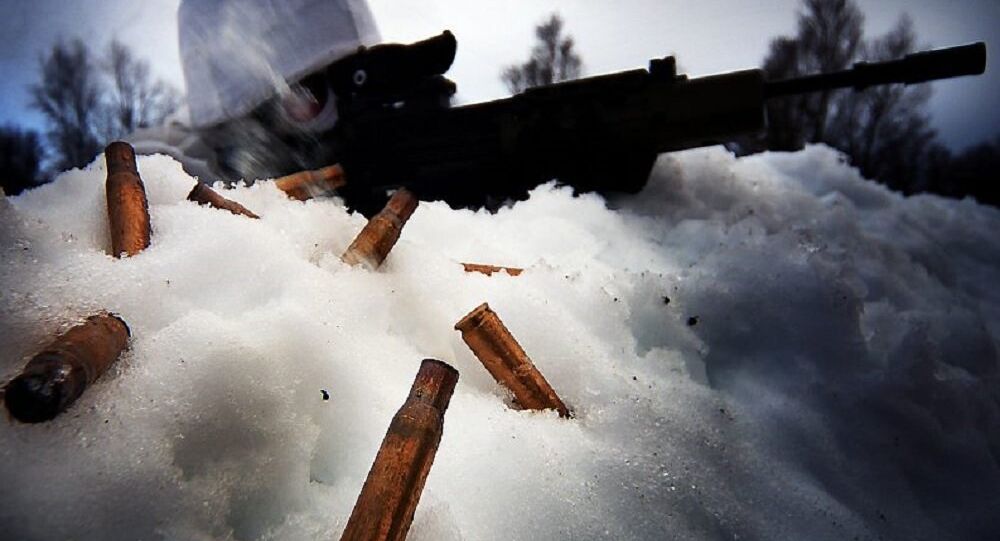 Earlier this month, Norway's government announced a new defense plan, amounting to the largest military modernization since the Cold War, directed against Russia. Commenting on the initiative, journalist Sviatoslav Knyazev suggested that the country's government has chosen to forget decades of good-neighborly relations between Oslo and Moscow.

Last weekend, Norwegian media reported on the country's most ambitious plans to modernize the country's armed forces since the end of the Cold War.

Overall, the defense budget of the country of five million is expected to increase by 165 billion kroner (about $19.4 billion US) over the next 20 years.

Norwegian Prime Minister Erna Solberg did not mince words as to who exactly the buildup is directed against, stating that "we have an increasingly unpredictable neighbor to the east which is strengthening its military capacity, and showing willingness to use military force as a political tool."

Solberg's comments followed on promises by Defense Minister Ine Eriksen Soreide in February 2015 that her country would be reorganizing its armed forces to counter the so-called 'Russian threat'. At that time, the official candidly admitted that Russian forces had "not breached our territory," but added that Oslo was worried over the increase in the range and number of Russian military aircrafts' flights near the country.

© AP Photo / Matt Dunham
Norway Follows in US Footsteps, Ready to Deploy Aid to Syrian Rebels
On the border between Norway and Russia, Oslo is deploying a new army unit, consisting of 200 rangers, to be deployed in the Sor-Varanger municipality in Finnmark county, strengthening a several-hundred strong contingent of border guards. These units, equipped with anti-tank and anti-aircraft weapons, will be based in the direct vicinity of the Russian town of Pechenga.

Commenting on the buildup in a piece for the online news and analysis portal PolitRussia, independent journalist Sviatoslav Knyazev recalled that "even before the modernization, the Norwegian Armed Forces were relatively powerful."

"The per capita defense costs of the Kingdom are the highest in Europe. The armed forces are small enough (about 30,000 on active duty and some 45,000 in the reserve) but well prepared and equipped. Taking account of mandatory military service and its high prestige, a large portion of the population has military training. In the event of a hypothetical conflict, Norway can put several hundred thousand people under arms."

Listing off the inventory of the country's armed forces, Knyazev recalled that its ground forces have 52 Leopard 2A4 tanks, along with 20 older Leopard 1A5s, along with 315 M113 armored personnel carriers, 104 Swedish-made CV90 infantry fighting vehicles, and 80 SISU XA-185 and XA-203 armored personnel carriers. The army also has about 200 multi-purpose armored vehicles, and a number of self-propelled guns and multiple launch rocket systems.

With these figures and the government's latest plans in mind, the journalist pointed out that Norway is "effectively planning to double the strength of its Navy and Air Force (or completely modernize it). We are talking about billions of dollars of spending, a lot even for a wealthy country like Norway."

Unfortunately, Knyazev emphasized, "all of this is directed solely against us [Russia]." At the same time, "Norway's desire to 'play with toy soldiers' and to create conditions which could destabilize our northern border seems doubly strange in the context of Moscow's long record of friendly relations toward Oslo."

"In 1944," Knyazev recalled, "its was the Red Army which fought to liberate [northern] Norway from the Nazi invaders. Thousands of Soviet soldiers and officers paid with their lives for the country's freedom. After that, the Soviet Union, itself ravaged by war, helped to restore its northern neighbor. The USSR provided food rations, and Red Army engineering units helped rebuild ruined buildings. Moreover, the Soviet Union did not even try to create a zone of influence in Norway or to reshape its borders. In September 1945, having assisted its neighbors with aid, Soviet troops voluntarily left the country."

© Wikipedia / Riksarkivet (National Archives of Norway)
Soviets meet Norwegians sheltering in a mine in Finnmark during the campaign to liberate the region from Nazi occupation carried out between 1944-1945.

Later, in the 1970s, a territorial dispute broke out between Moscow and Oslo over the maritime border in the Barents Sea, rich in offshore hydrocarbon reserves and fishing resources. "However, in 2010, Russia voluntarily ceded half of the disputed territory and signed a treaty 'On Maritime Delimitation and Cooperation in the Barents Sea and the Arctic Ocean.'"

In 1949, the journalist bitterly recalled, the Norwegian government "thanked" the USSR for its contribution to the country's liberation by joining the NATO alliance. "Now, it seems, we are being 'thanked' for the [2010] territorial gift, the shelf and the hydrocarbons worth tens of billions of dollars…"

© RIA Novosti . Mikhail Klimentyev
Norwegian Prime Minister Jens Stoltenberg and Russian President Dmitry Medvedev at the celebrated meeting in September 2010 cementing the new delimitation of the Barents Sea maritime border in Norway's favor.
© Flickr / Defence Images
Ten-Hut! Norway All Set to Become US Watchdog in the North
"First, Norway introduced sanctions against us over a war unleashed by Washington in Ukraine [in 2014], then caused a scandal because of our Deputy Prime Minister's visit to Svalbard [in 2015], and now they are up in arms and creating new military units directed against us."

Meanwhile, Knyazev lamented, "Jens Stoltenberg, the same former Norwegian Prime Minister who earned political capital through the 2010 demarcation agreement, is now directing the NATO bloc's aggressive anti-Russian activities. Today, he is calling for strengthening NATO's presence in the Baltic and Black seas, suggesting that the anti-Russian missile defense system in Eastern Europe is nothing out of the ordinary, and calling for 'deterrence' against Russia, which in actuality is not planning to attack anyone."

Ultimately, the journalist suggested, "Norway, unfortunately, is a new example of the fact that befriending Western countries and doing them good is quite a thankless occupation…"