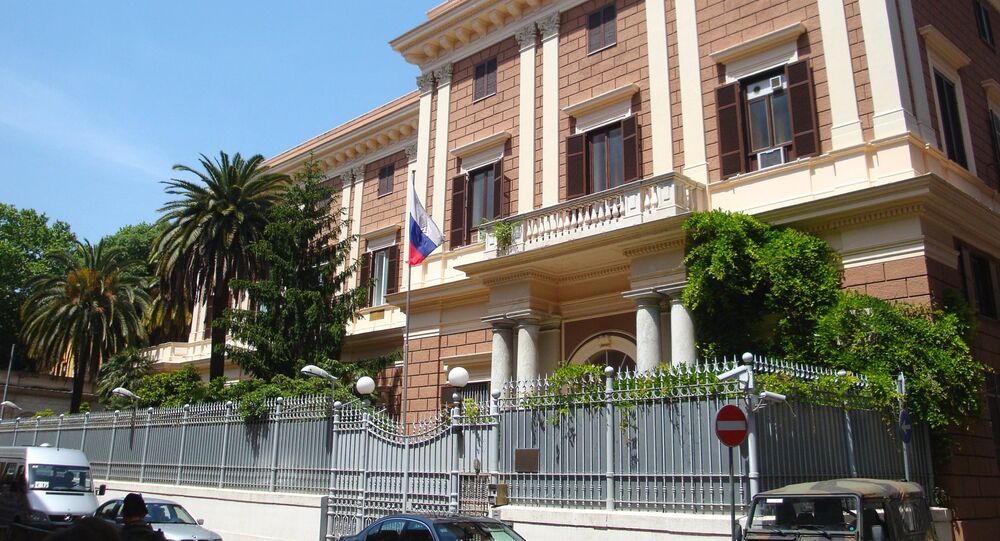 Russia and Italy plan to conduct the first meeting of a new joint counter-terrorism working group before 2017, Russian Ambassador to Italy Sergei Razov said on Saturday.

"Our countries have agreed to form a new bilateral cooperation mechanism, the Russian-Italian working group on new threats and challenges. We intend to hold the group's first meeting before the end of the year. Both sides will send high-ranking diplomats and representatives from relevant agencies that deal with counter-terrorism," Razov said in an interview with RIA Novosti.

Italy's willingness to form such a working group positively differentiates the country from certain other states that are less inclined toward genuine cooperation based on a broad international anti-terrorist coalition as advocated by Russia, he added.

© REUTERS / Grigory Dukor
'We Are Here to Build Bridges': Renzi Urges Breakthrough in EU-Russian Relations
Earlier in June, Russian President Vladimir Putin and Italian Prime Minister Matteo Renzi discussed ways of addressing common international terrorist threats at a bilateral meeting on the sidelines of St. Petersburg International Economic Forum (SPIEF). At the close of the meeting, Renzi said that the international community would be stronger in the fight against terrorism with Russia's participation.

Italy supports a hardline approach in tackling terrorism and opposes distinguishing between extremist and moderate terrorists, Razov noted, adding that Rome is fully supportive of dialogue with Russia on the matters of settling the conflicts in Syria, Libya and other conflict zones.

Putin has long called for the creation of a broad international coalition to fight terrorism, particularly the Daesh terrorist group, including at the UN General Assembly in September 2015. Former Italian Prime Minister Silvio Berlusconi has expressed support for the initiative as the only way to defeat terrorism.

Daesh, banned in a range of states, including Russia, has seized vast areas in Iraq and Syria. A US-led international coalition has been conducting airstrikes against Daesh targets in Syria and Iraq since September 2014. Russia started carrying out precision airstrikes against Daesh and Nusra Front targets in Syria in September 2015, at the request of Syrian President Bashar Assad.