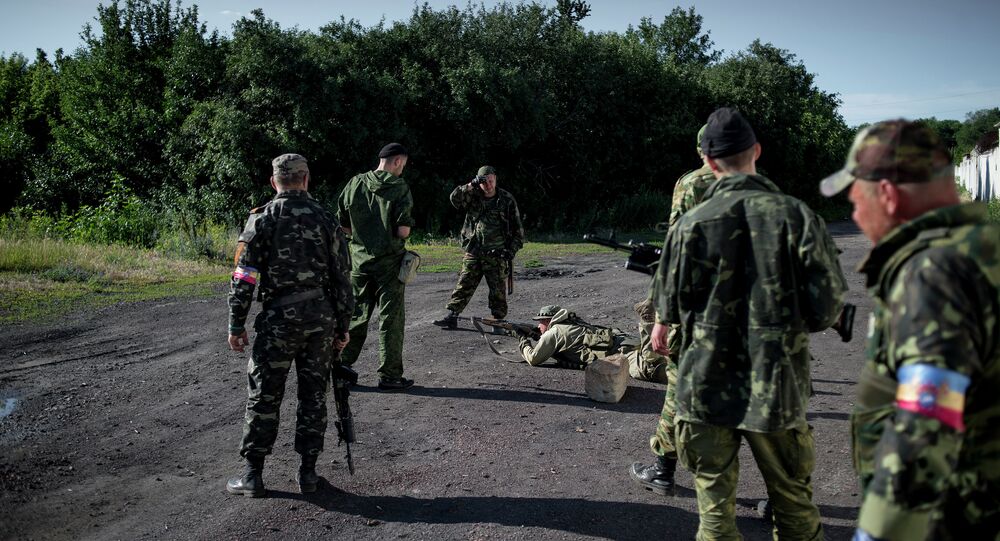 LUGANSK (Sputnik) — According to Lugansk Information Center citing a source in the self-proclaimed LPR, the shelling began at 23:15 local time [20:15 GMT].

"Artillery barrage literally rained down on our position in Veselohorivka from the Ukrainian security forces in village of Troitsky," the source said.

The source specified that the Ukrainian army is using 120-millimeter mortars and automatic mounted grenade launchers to open fire on the LPR militia.

"No less than 20 mines have been fired our way."

Situation in Donbass 'Unpredictable' Due to Violations of Minsk Deal - OSCE