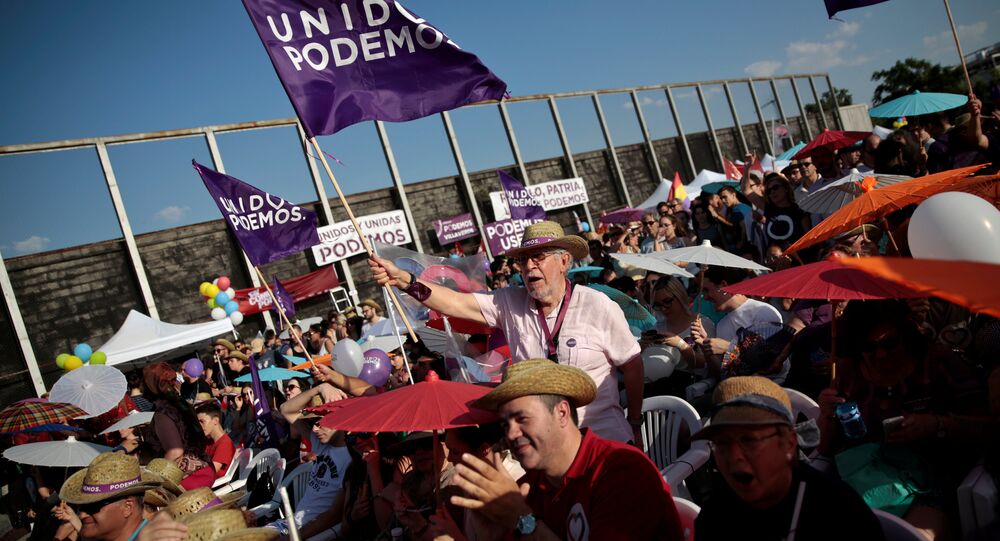 Jose Ramon Garcia-Hernandez, the head of international relations of Spain's ruling People's Party (PP), said that left-wing Podemos party puts at risk the unity of Spain backing an independence referendum to be held in the Spanish autonomous region of Catalonia.

Unidos Podemos, an electoral alliance between Podemos and several other left-wing parties, has backed allowing Catalonia to hold a binding independence referendum, a move which has garnered significant support for the party in the region.

"The main opponent in these elections [Podemos] puts at risk the unity of Spain…Those who want to separate Catalonia from Spain should know that they are not going to achieve this because they are going against the majority of the Catalans and the Spanish," Garcia-Hernandez said.

Spain is due to hold a snap general election on Sunday, with the PP and Podemos running alongside the Spanish Socialist Workers' Party (PSOE) after failing to form a coalition government. In last year's election, the PP won 123 seats in the lower house of parliament, 64 less than in the previous election. The PSOE won 90, and Podemos came third, securing 69 seats. At least 176 seats are required for a parliamentary majority, necessary to form a government.

Catalonia held a non-binding referendum on independence from Spain in 2014. Over 80 percent voted in favor of the autonomous community becoming an independent state.