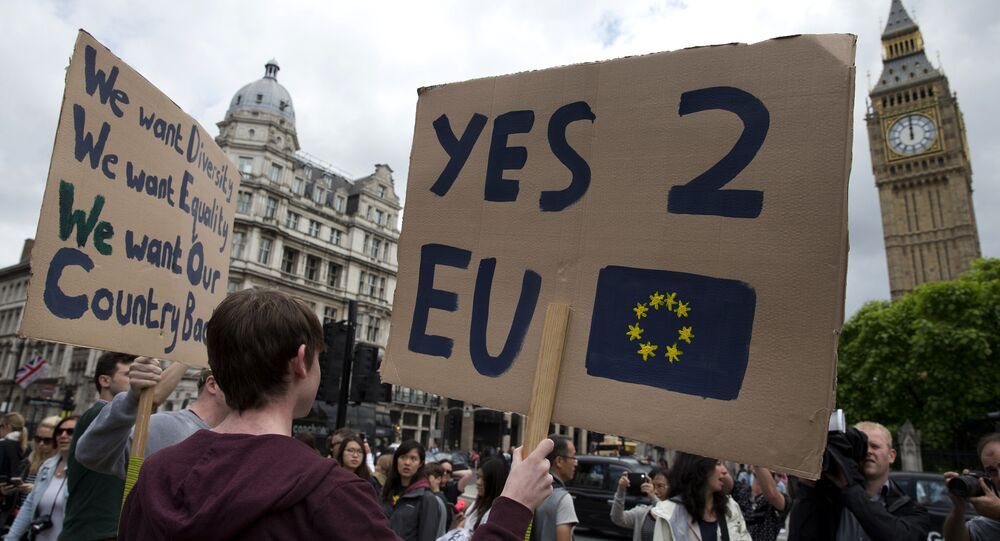 House of Commons will dirscuss a petition to hold a second referendum on the United Kingdom membership in the European Union on June 28, according to local media.

© REUTERS / Jeff Overs/Courtesy of the BBC
UK’s Corbyn Calls for Economic Stabilization After Brexit Vote
MOSCOW (Sputnik) — A petition to hold a second referendum on the United Kingdom membership in the European Union will be discussed by the Parliamentary committee on June 28, local media reported Saturday.

Metro newspaper reported that the a House of Commons spokesperson told that the petition will be debated at the Tuesday's meeting.

The petition was launched on the UK parliament website almost immediately after the referendum results had been announced on Friday. As of Saturday afternoon, it gathered almost 1.5 million signatures. All petitions that receive over 100,000 signatures must be considered by the UK parliament.

© Sputnik / Sputnik
Second Chance: Petition to Re-Do Brexit Vote Gets 1Mln Signatures in a Day
The petition calls on the British government to hold another EU membership referendum, using the rule under which it is possible to put the motion to the public again if neither of the camps obtains over 60 percent of the vote and the turnout is below 75 percent.

On Thursday, the United Kingdom held a referendum to determine whether or not the country should leave the European Union. According to the final results, 51.9 percent of voters, or 17.4 million people, decided to support Brexit, while about 16.1 million opposed it. The turnout stood at 72.2 percent.

Second Chance: Petition to Re-Do Brexit Vote Gets 1Mln Signatures in a Day