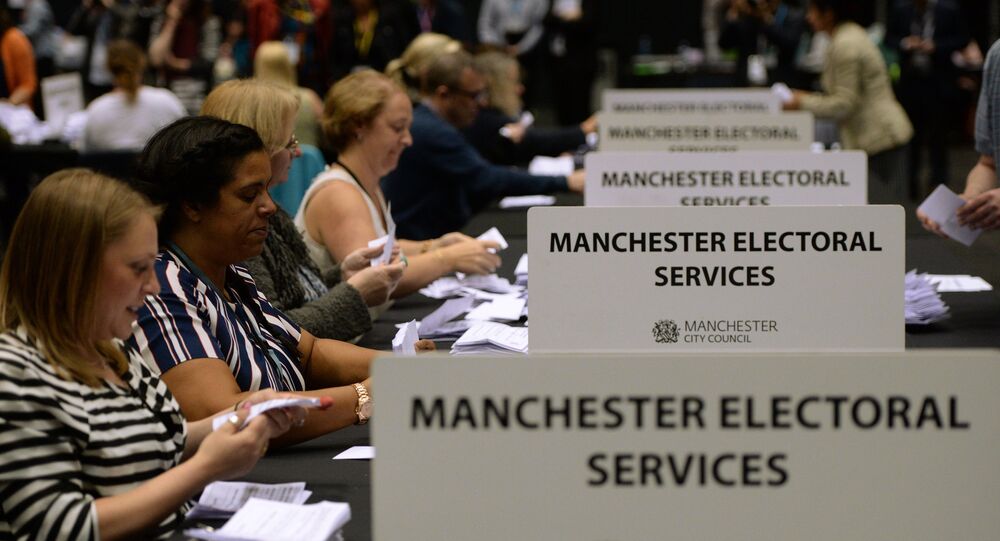 Following the referendum in Britain, in which a majority of its residents voted for the country to withdraw from the EU, Eurosceptic politicians in other European countries have intensified their calls to follow suit, the German magazine Spiegel Online wrote.

© Sputnik / Alexey Filippov
How Brexit Vote Will Benefit Investment in Russia
"Referendum fever" has affected many European populists. Dutch politician Geert Wilders calls for "the right to a referendum" for his countrymen, while the leader of the French National Front Marine Le Pen demands "a similar referendum" in France and even Czech politicians have started a debate on a possible "Czexit."

"The functioning EU system is completely undemocratic and excludes the participation of the peoples. The question is how to reintegrate these peoples. And if the EU fails to do so, there will be a domino effect," Swiss politician Yves Nidegger told Sputnik.

According to Spiegel Online, Brexit could have negative consequences for the United Kingdom, which the Brits will sense only in the next weeks, months and years.

"The EU opponents are celebrating and dreaming of a series of withdrawals from the EU — in France, Italy, The Netherlands. However, they first should have a look at how painful Brexit will be for the Brits," the magazine warns.

"For instance, those 1.2 million British people who have settled in other EU countries — in southern France, or in Tuscany — could soon need a residence permit […].Moreover, work permits might also no longer be guaranteed," the magazine warned.

However, Harold Amann, a member of Germany's Bayernpartei believes that Brexit won't have any drastic consequences — whether for the Brits, or for the economic cooperation between the UK and other European countries.

"In my opinion the EU administration has created a panic to motivate people in the UK to vote in a way the EU wanted them to. Now we just need to wait what will happen next. And we are convinced that nothing special will happen. Look at Switzerland: it is not an EU member, but it has maintained excellent economic relations with us, and Swiss chocolate is still available in supermarkets," Amann said.

© Sputnik / Alexander Vilf
EU Respects UK Referendum Vote But Response On Brexit Necessary
On Thursday, the United Kingdom held a referendum to determine whether or not the country should leave the European Union. According to the final results, 51.9 percent of voters, or 17.4 million people, decided to support Brexit, while about 16.1 million opposed it.
Following the voting, over one million Brits immediately signed a petition, expressing their disagreement with the results and calling on the British government to hold another voting on EU membership.
...
Reddit
Google+
Blogger
Pinterest
StumbleUpon
Telegram
WhatsApp
154