For decades, Denmark has, together with its Nordic cousins, donated billions in overseas aid to developing countries in hopes to alleviate poverty and promote democracy. However, their generous world-wide relief efforts may have led to the opposite effect, spurring further migration into Europe, researchers forecast. 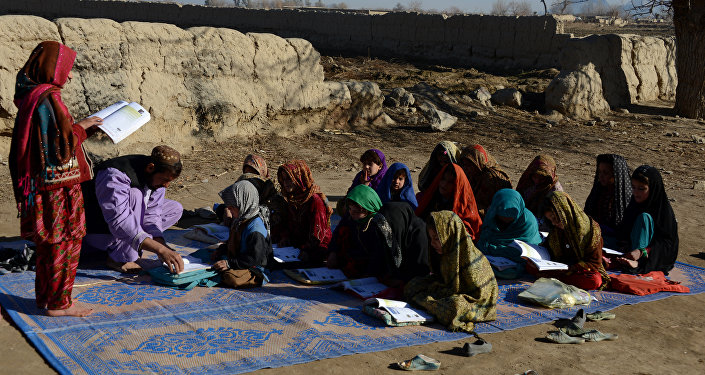 © AFP 2019 / JAVED TANVEER
Age of Enlightenment: Denmark Blows Millions on Taliban-Controlled Schools
Danish relief efforts and development assistance to countries in Africa and elsewhere in the world may prove counterproductive, as more people may embark on a voyage to Europe in contrast to the plan of making their life better in their respective home countries. Assistance will only increase the number of migrants — at least in the short term, Danish scientists and experts warned.

"Financial aid is not a quick fix to slow migration," Ninna Nyberg Sørensen of the Danish Institute of National Studies (DIIS) told the Danish newspaper Berlingske. "On the contrary, development may make it possible for people to migrate," she said.

"There is practical evidence that larger aid spurs migration, as improved social, economic and educational opportunities provide more people with ability to migrate," stated a report on the relationship between increased development in a country and the number of residents who choose to seek happiness in the richer part of the world.

"Development helps people gain an insight into how they can come to Europe and they gain the resources to afford the trip," said Engberg-Pedersen.

"The desire to migrate to the West may be so strong that nothing can dissuade people from doing it," Jensen told Berlingske.

His Liberal party colleague and Culture and Church Minister Bertel Harder agreed that increased wealth actually may increase the migration, as with it more people can afford to pay a trafficker.

Both, however, advocated a continuation of the present policy of development aid.

© Flickr / Maria Eklind
Eco-Unfriendly: Sweden Skimps on Environment to Afford More Migrants
"Development aid, investment and trade can help to increase the prosperity of a country. This will create better life chances and hopes of a better future in individuals. Also, it may help to defuse the pressure of unregulated economic migration. It is a long quest, and we cannot afford to give up," Foreign Minister Jensen noted.

The UN recommends that developed countries give 0.7 percent of their gross national income to development assistance. At present, there are only five countries in the world, including Denmark, that live up to this recommendation (Sweden, Norway, Luxembourg and the UK).

Pizza Going Out! Daesh 'Baker' Gets Historic Conviction in Denmark