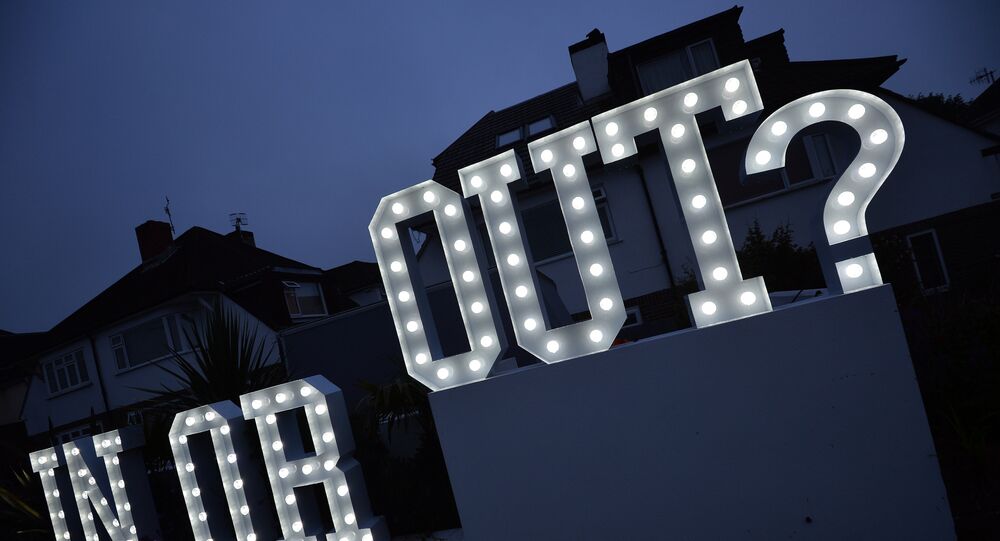 The UK vote to leave the European Union has exposed the undemocratic nature of the European Union, while at the same time giving Europeans their voice back, the deputy chairman of Die Linke faction in the Bundestag told Sputnik Friday.

© REUTERS / Lucas Jackson
US Stocks Plummet During Market Opening on Friday in Brexit Vote Aftermath
MOSCOW (Sputnik) — On Thursday, the United Kingdom held a referendum to determine whether or not the country should leave the European Union. According to the final results, 51.9 percent of voters, or 17.4 million people, decided to support Brexit, while about 16.1 million opposed it.