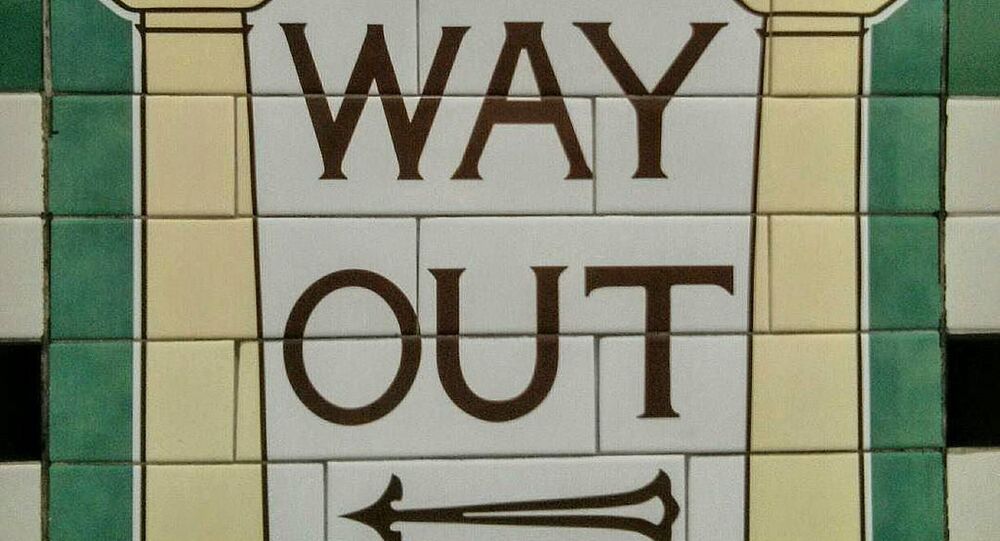 It's all over, Britain has officially voted to leave the European Union. So what will this mean for the British dream? There's been talk and speculation of a complete financial meltdown, of a drop in house prices and people slowly, but surely, packing up to move to to the Far East.

© REUTERS / Kevin Coombs
Europe, Interrupted or Life After Brexit Vote
Sputnik has pulled together a list of key issues that could change, now that Britain has said "bon voyage" to the European dream.

In September 2014, Scotland held a referendum where the nation was asked whether it wanted to stay part of the UK — Scotland voted to stay. However, now that Britain has chosen to leave the EU, this has opened the door for Scottish First Minister, Nicola Sturgeon, to begin campaigning for a second independence referendum, by saying that a second vote is on the table and "highly likely."

The majority of Scotland voted to stay in the EU, thus if the second independence referendum goes Sturgeon's way, it will prove to be a further blow to Britain.

That was bolder than I expected. An #indyref2 is now "highly likely". Dust of yer Yes and No badges, lads.

Brits love the Costa del Sol, which seems to have it all. Every summer they flock to the Spanish town for a relaxing holiday in the sun, enjoying the sea and sangrias. But could this all change now that Britain is leaving the EU?

What happens when all those Midland Brits who love to vacay on the Costa Del Sol realize they're SOL?

​Will we see a mass migration to the Spanish town or worse still could there be tighter visa restrictions?

So much speculation has surrounded the many financial questions around a Brexit. Will we see a stock exchange meltdown or a house price slump? So far, we have seen the value of the pound drop to its lowest levels since 1985 and financial experts are predicting that a house price boom will now go the opposite way.

Amazingly after all this, looks like the FTSE is going to end up on the week pic.twitter.com/SrhmKnrnR6

What trade agreements has Britain negotiated with the EU in case of a Brexit vote? The Answer is: none. Officially, the UK has not negotiated any trading arrangements with other EU States if it was to leave the European Union. These discussions and negotiations will only start now, once leaving has been decided.

The agreements will take time, but most importantly, there is no plan in place as to what will happen next. France and Germany have already suggested they will play "hardball" with Britain when it comes to trade. Let the games begin?

EU countries like Germany and France saying they are going to play hard ball with UK in trade agreements. Who can blame them?

The peace agreement in Northern Ireland was established with the view that both Britain and Ireland would remain part of the EU. Well this has now changed, Britain has decided to break from the Union and the agreement, which saw the end to years of violence could become unstable.

Ireland's Prime Minster, Enda Kenny, has already argued that if Britain leaves the EU then this could potentially impact the validity of the agreement. So what happens next? Nobody really knows.