Leader of the Green Party of England and Wales Natalie Bennett said in a statement on Friday that the decision by UK Prime Minister David Cameron to resign after the Brexit referendum was "right." 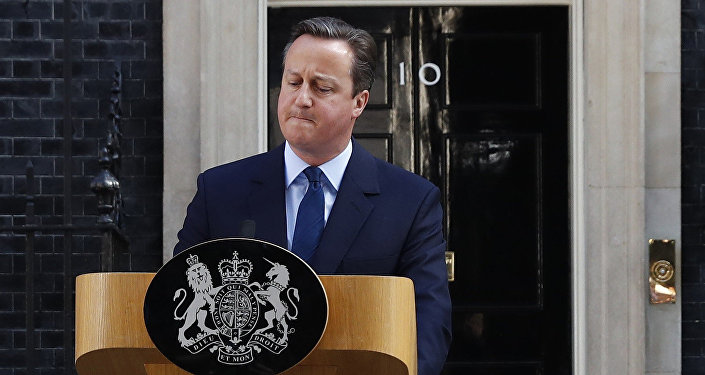 © REUTERS / Stefan Wermuth
British PM Cameron Will Resign by October After Brexit Vote
MOSCOW (Sputnik) — Earlier in the day, Cameron said that the country needed fresh leadership after the Brexit referendum and a new prime minister should assume office by October.

"It is right that David Cameron has announced his resignation this morning. The UK requires fresh leadership after a bitter, divisive campaign. We must all work to bring communities that have been driven apart back together. That healing process begins this morning," Bennett said.

She added that the UK community should discuss the issues of the country's future in the next few days, but not the issues of relations within the Conservative Party.

'He Lost': UKIP Urges Cameron to Step Down as UK Nationals Back Leaving EU

Warsaw Points Out Erosion of Trust in EU After Brexit Referendum