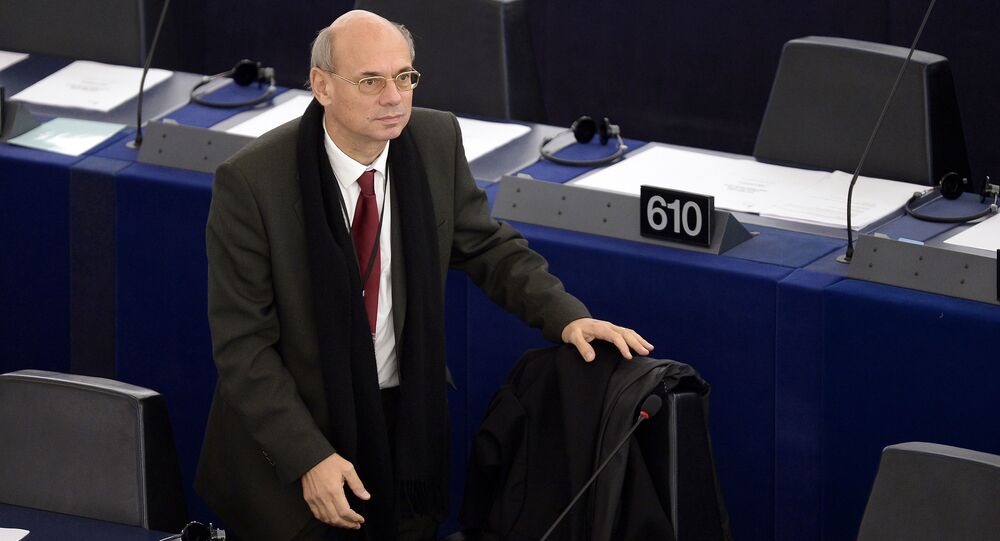 According to a French member of the European Parliament, the UK's decision to leave the EU raises the necessity to hold a referendum on EU membership in France.

© Sputnik / Igor Russak
Brexit to Have Limited Impact on Russian Economy - Finance Minister
MOSCOW (Sputnik) — The decision of the United Kingdom to leave the European Union raises the necessity to hold a referendum on EU membership in France, Jean-Luc Schaffhauser, a French member of the European Parliament from the Europe of Nations and Freedom group, told Sputnik on Friday.

"It raises the necessity to make also a referendum in France," Schaffhauser said in the wake of the Brexit vote.

On Thursday, the United Kingdom held a referendum on its EU membership, with Prime Minister David Cameron calling on the UK nationals to vote to remain. Earlier on Friday, it was announced that 51.9 percent of voters supported Brexit.

"It is a big opportunity to rebuild Europe on new basis and this basis would be Europe of nations, Europe of freedom and Europe of cooperation. For me it is not the end of Europe, it is an end of institutions [that] always want to have more power on top," the lawmaker added.

Earlier, Marine Le Pen, the leader of France’s National Front party, known for its eurosceptic rhetoric, reiterated her demands to hold a referendum on the country’s EU membership after UK nationals voted to leave the bloc.

The British decision came at a time when anti-EU sentiment is on the rise. According to a survey issued by the Pew Research Center earlier in June, 47 percent of respondents in 10 European states have an "unfavorable view" of the European Union.