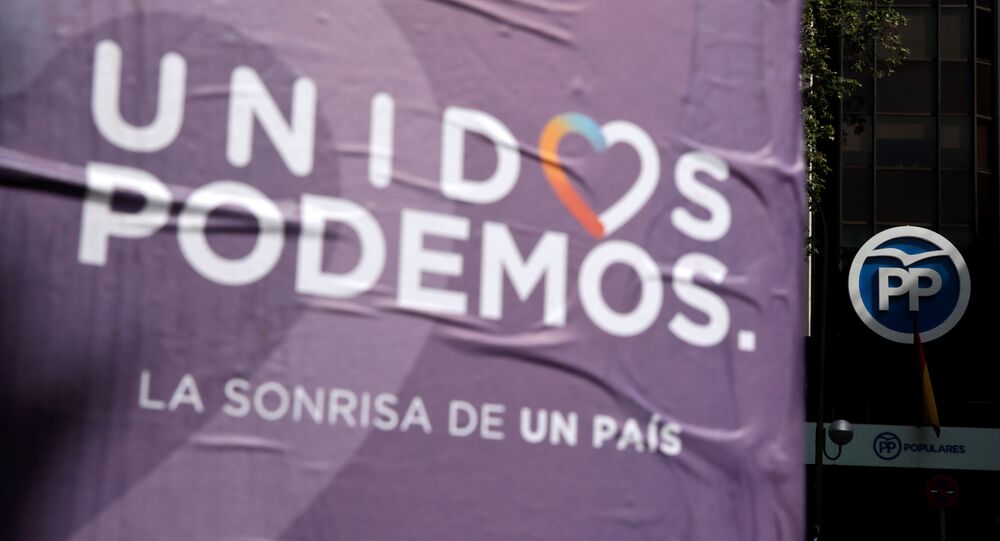 The populist Podemos Party in Spain has risen in popularity over the last few years thanks to an anti-austerity platform, and is now poised to break the political duopoly and replace the Conservative Party in this Sunday’s election.

A poll published on Monday shows Podemos (We Can) favored by 25%, ahead of the Socialist Party’s 22% and behind the ruling People’s Party’s 30%. Podemos was able to grow its support base by forming a coalition with the United Left, a remnant of the Spanish Communist Party.

In December 2015, Podemos, which is linked to Greece’s Syriza Party, won 69 seats in the Spanish Parliament. The left-wing party hailed the wins as the birth "of a new Spain." Party leader Pablo Iglesias told supporters "Spain is not going to be the same again, and we're happy. Our fight against corruption goes ahead."

Greek Prime Minister Alexis Tsipra tweeted, "Austerity has now been politically defeated in Spain, as well. Parties seeking to serve society made a strong showing," and, "A majority progressive government may now be able to form. Our efforts are being vindicated. Europe is changing!"

In response to Monday’s poll, Iglesias said, "We are very close to defeating the Popular Party in the elections. We are very close. And they are very worried about it for what it means.”

Spain’s Prime Minister, Mariano Rajoy of the ruling People’s Party, told supporters that "Radicalism and extremism can only be stopped by a coalition of people behind the Popular Party," and that, in order, to stem the tide of the popularity of Podemos his ruling party will need "all moderate, sensible and balanced voters to unite" when voting on Sunday.

Other political parties have stated that they will not support a government run by Majoy. The embattled and unpopular politician responded to these criticisms saying, "Refusing to negotiate is nothing other than a demonstration of weakness from those who dare not talk and reach agreements with those who are different."

Podemos published a manifesto detailing their platform earlier this month. The party focuses on issues of economic reform, food sustainability, workers' rights and wage increases. Podemos pledges to raise taxes on the wealthy and lower unemployment to 11%.