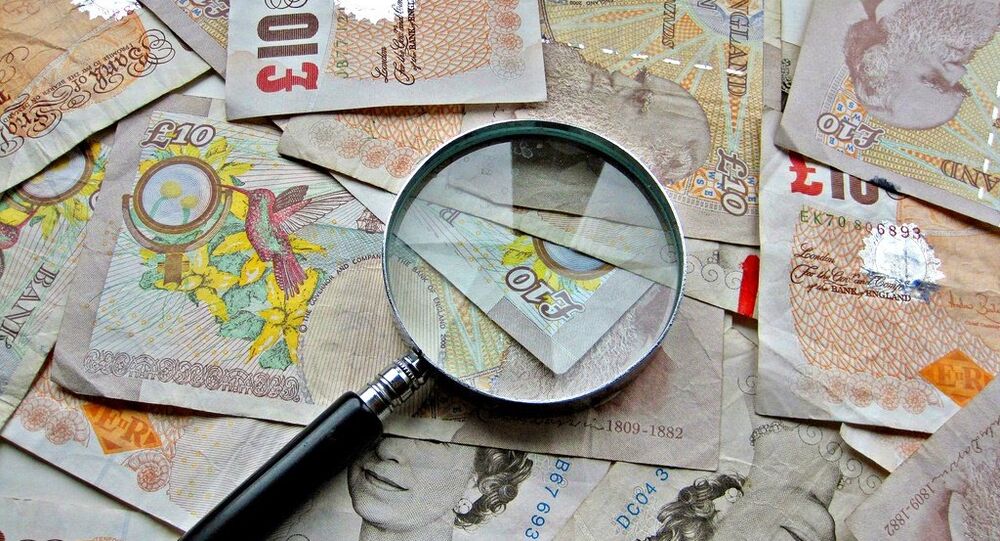 The UK pound has rallied against the dollar, reaching its highest mark since January, amid the ongoing Brexit referendum, with some polls predicting a dominant "stay" vote.

© Fotolia / RZ
British Pound Continues to Strengthen Amid Ongoing Brexit Referendum
MOSCOW (Sputnik) — UK voters are currently voting in a referendum to determine whether or not the United Kingdom should leave the European Union.

The pound also rallied against the euro, increasing almost 1 percent before somewhat sliding to an overall increase of 0.25 percent, to settle on 1.3 euros per pound.

The rally came about after public surveys showed prevailing support for the United Kingdom staying in the European Union. The latest poll by Ipsos MORI indicated that 52 percent of UK nationals support remaining within the European bloc, while 48 percent are against such a scenario. A Populus poll said that 55 percent of respondents intended voting to stay, while the Financial Times poll tracker, which aggregates a range of surveys, on Thursday, showed a 2-percentage-point lead for EU membership supporters.

© REUTERS / Phil Noble
British Pound Showing Growth Amid Expectations of UK Staying in EU
Earlier, the "Remain" vote has overtaken by by the "Leave" campaign by several percentage points, according to polls, before falling back down this week.

#ChickenTrump: Twitter Pounds Candidate for Backing Down on Sanders Debate