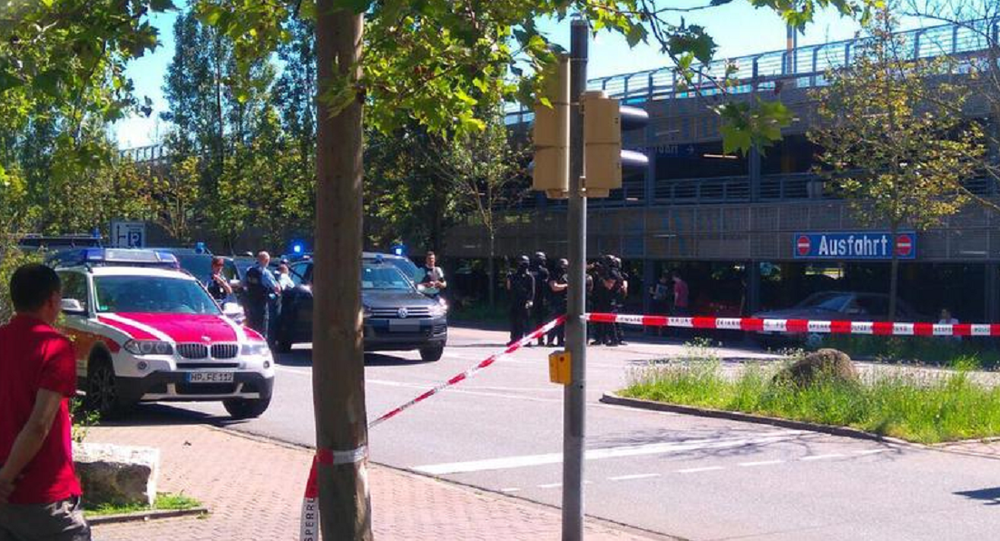 A gunman opened fire at a movie theater in Germany's Viernheim. German police have shot dead the gunman.

#BREAKING: #Pictures from the scene of a shooting and hostage situation in #Viernheim #Germany: 50 injured pic.twitter.com/umeJnG4RSX

​Shortly after 3 pm local time an unidentified gunman opened fire in the Kinopolis movie theater in the Rhein-Neckar-Zentrum shopping mall in the German city of Viernheim. The gunman had a small weapon and an ammunition belt, the Bild newspaper reports.

​"A gunman has barricaded in a movie theater," local police confirmed.

Reports of 26 injured in shooting at cinema in #Viernheim, near Frankfurt, Germany. Man inside surrounded by police. pic.twitter.com/GfvlIY6miz

​Several dozens of the cinema visitors escaped the theater.

​Media reports suggested that there is a hostage situation in the theater.

​An elite police unit from Frankfurt were on the way to the scene.

#Viernheim: No reports of bullet wounds among those injured, no more killings reported pic.twitter.com/riB2G8qNF9

Darmstadt police confirmed to Sputnik that no one was harmed in the hostage crisis in a cinema located in the Western German town of Viernheim.

"The shooter is dead and no one is injured," a spokesman for the police service said.

Earlier local media reported that from 20 to 50 people have been wounded in an attack on a cinema in the southwestern German town of Viernheim.