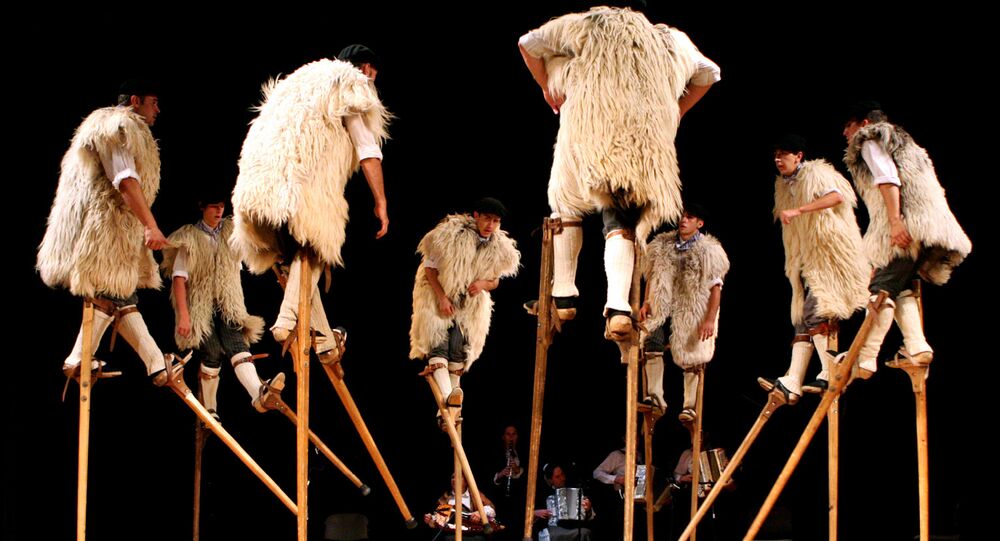 Britain's EU Hokey Pokey: In, Out, In, Out, Shake It All About

With a day to go until the UK In-Out referendum on its membership of the European Union on June 23, those with long memories will look back to the last referendum, in 1975, and remember a history of sibling spats between Britain and its European brethren.

Ironically, it was Britain's idea in the first place. But the French canned it. Britain sent a representative to the Messina Conference in June 1955, proposing a Free Trade Area around the customs union of the European Economic Community (EEC), but this was rejected. The "Inner Six," comprising France, West Germany, Italy, Belgium, the Netherlands and Luxembourg, signed the Treaty of Rome in March 1957, establishing the European Atomic Energy Community (Euratom).

France — having been occupied by the Germans in the war — was having a boom time, with its gross national product rising to 5.8 percent. Those years were known as the "thirty glorious years" or "trente glorieuses," when France was actually doing better than the UK.

So, when the UK asked to join the EEC in 1963, General Charles de Gaulle vetoed its applications, declaring: "l'Angleterre, ce n'est plus grand chose" — "England is not much anymore." He did the same in 1967, saying that, as long as he was in power, Britain would never join the EEC.

Georges Pompidou, who succeeded de Gaulle, finally relented and Britain joined in January 1973 under the premiership of Edward Heath. The 1974 Wilson government was unhappy with the terms of EEC membership and held a referendum in June 1975. A substantial majority voted in favor of continued membership.

Remember what this pillock said? OUT for me #brexit pic.twitter.com/kuRFwlPJh6

Since then, Britain has remained a reluctant partner in the union. At the Maastricht Treaty of 1992 — which further integrated the member states, establishing the EU's supra-national institutions — the Commission, the European Parliament and the European Court of Justice.

Britain, however, opted out of the Schengen zone — the abolition of border controls between member states to further the cause of freedom of movement of people, products, services and capital. Ireland also opted out of Schengen. Both countries are now relieved at the decision, now that Schengen has fallen apart because of the migrant crisis.

Britain also opted out — or rather crashed out — of the Eurozone. Originally, the Exchange Rate Mechanism (ERM) was set up in 1979 as an attempt to stabilize exchange rate variability ahead of the introduction of the euro. All countries needed to achieve a commonly agreed set of fiscal targets.

Chief among these was that the British Government would follow an economic and monetary policy that would prevent the exchange rate between the pound and other member currencies from fluctuating by more than 6%. However, with high German interest rates and the depreciation of the dollar, Britain crashed out of the ERM on "Black Wednesday" 16 September 1992. It never joined the Eurozone.

The Eurozone is in crisis — Greece is still staggering under its third bailout and Spain and Portugal have both been given warnings over their annual budget deficits, which are exceeding the limit of three percent of GDP.

Forty-one years after the last referendum, the UK will once again go to the ballot box for its In-Out referendum of continued membership of the EU on June 23. With hostility to the Brussels machine running at an all-time high — not just in Britain, but also throughout Europe — history may repeat itself in an ironic way and the UK will once again turn its back on the machine. Maybe Charles de Gaulle was right all along.

Feeling the Pinch: Brexit Will Not Cause Any Major Economic Harm to EU

IMF, Treasury's Forecasts on Brexit Based on Flawed Statistics – Official