Turkey continues to persecute opposition press in the country. Currently, Turkish authorities have set their eyes on the major pro-Kurdish newspaper Özgür Gündem. Sputnik spoke to the editor of Cumhuriyet newspaper about the arrests of journalists. 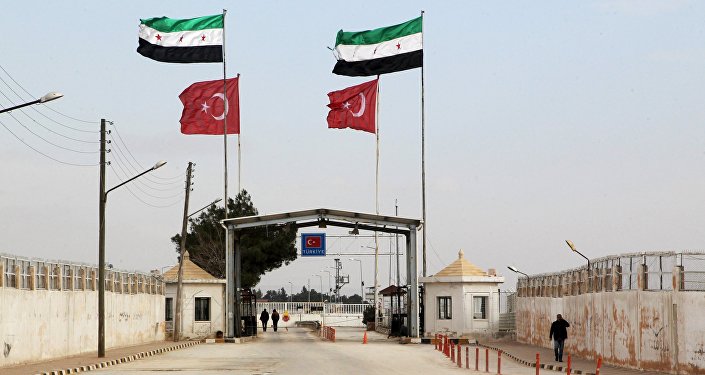 © REUTERS / Abdelrahmin Ismail
Turkey 'Unable to Properly Investigate' Killings on Border With Syria
Earlier, 44 representatives of the Turkish intelligentsia, journalists and public figures launched a campaign of solidarity with the Kurdish press.

The day before this, 37 of them were called for legal proceedings, after they testified in the prosecution of three campaigners who were arrested on charges of propaganda of terrorism. Among them was the Turkish representative of the international organization “Reporters without Borders,” Erol Önderoğlu.

Turkish writer İhsan Eliaçık, a participant of the proceedings, gave his testimony to the prosecutor's office. Eliachik in his interview with Sputnik shared what sort of questions he was asked during the testimony.

“They choose some publications from different newspaper editions and asked questions on them. I together with my colleagues on the editorial board prepared the edition of the newspapers from May 26,” Eliachik said.

“I was mainly asked questions on the content of the issue, which concerned clashes in the southeast of the country. They asked me about who wrote them, why there were certain phrases inside it, whether I participated in writing and editing them.”

He said that he answered with one sentence, “I decided to take part in the preparation of the edition, to express support for the editorial board and assist in the activities of the newspaper,” Eliachik said.

The writer further said that the court had already told them that three people would be arrested. 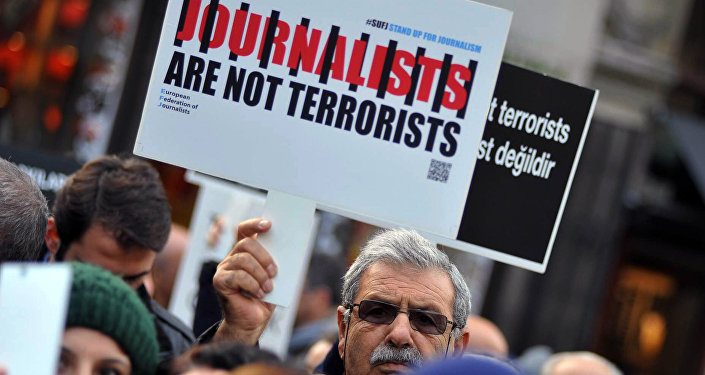 © AP Photo / Omer Kuscu
Press Freedom Must Be Part of EU-Turkey Deal - European Federation of Journalists
These arrests are an act of intimidation against the country’s opposition; such actions of the authorities have no legal basis, and are arbitrary.

The chief editor of the opposition newspaper Cumhuriyet, Gian Dündar, commenting on the situation to Sputnik, described the situation as “madness and arbitrariness of the authorities.”

“With these arrests, we are told the following: we do not accept the opposition and all those who support it. We will do at home whatever we please, as you sit quietly and do not interfere.” Dundar said. “Reporters without Borders is one of the most influential and respected international organizations,” the editor added.

He further said that what Turkey is witnessing today as a country, “is a complete separation from the rest of the civilized, free world.”

The editor further said that to talk about any legal aspects of what is happening is impossible because in principle, the use of the word “right” in relation to the current situation in the country is not true, because it still gives people the illusion that people in Turkey live in a legal state.

”Meanwhile, the state selects target  number of people who are seen by the top as expressing ‘dangerous’ statements, performing objectionable acts and afterwards by the court’s decision, these people find themselves behind bars. We are all aware that these arrests have nothing to do with justice,” Dundar concluded.