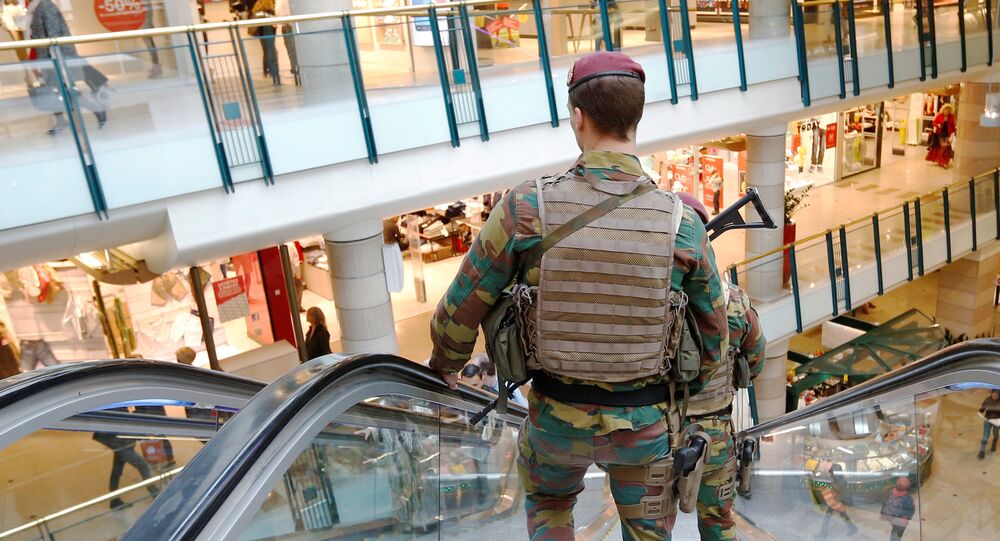 A Brussels shopping mall was evacuated due to a bomb threat. A man with an explosive belt has been arrested.

A male terror suspect has been arrested in the wake of a bomb scare in a shopping mall located in central Brussels, and Belgian Prime Minister Charles Michel described the situation as "very serious", according to RTL television.

He called for a crisis meeting.

The area surrounding the City 2 shopping center has been cordoned off and bomb experts are on the site, according to the broadcaster.

"A man was arrested at 5.30 this morning, possibly in possession of explosives. The bomb disposal team of the army is verifying whether this is the case," a spokeswoman for the Brussels prosecutor said as quoted by Reuters.

Doesn't look good near City 2 and nearby Metrostation in Brussels.. Street is locked down.. #Brussels pic.twitter.com/xLRpfk3Q68

"There is a very strong threat because the police were warned that a man was carrying an explosive belt which, it seems, would have ended up in this building," an RTL reporter said.

I was reported later that the man had no explosives.

Another suspect was arrested in the Schaerbeek neighborhood not far away from the City2, Belgian newspaper Dernière Heure reported. The suspect was said to be sitting "in a car with an explosive belt."

"The situation is under control," Prime Minister Charles Michel said following an emergency meeting on the matter, as quoted by Het Nieuwsblad.