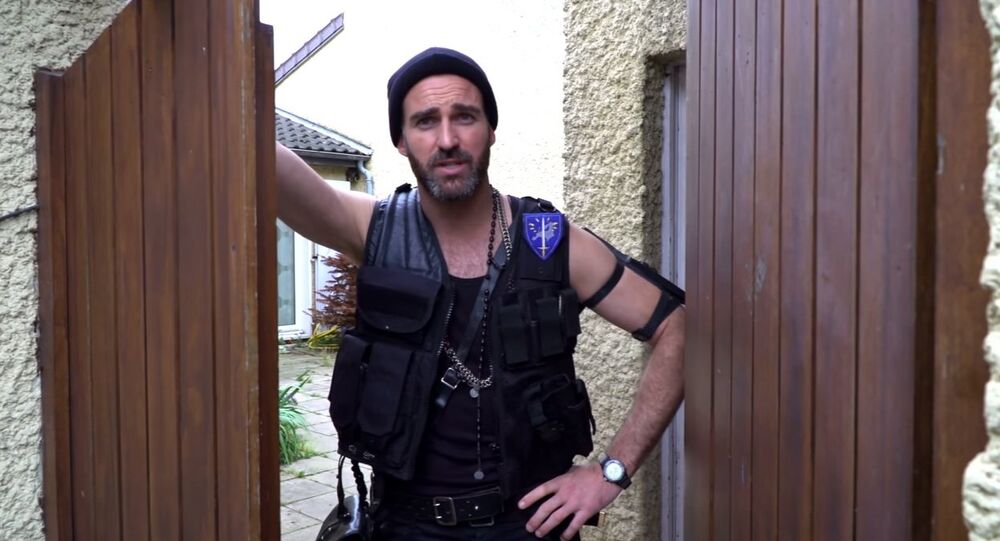 Its release follows news on Friday that the organization has decided to refuse the funding it usually gets from the EU, which had constituted eight percent of its budget; the rest comes from private funding. In 2015 it received 55 million euros ($62 million), 19 million from the EU and 37 million from member states.

The charity said it refused the money from the EU and member states "in opposition to their damaging migration deterrence policies and intensifying attempts to push people and their suffering away from European shores."

"We deliberately chose a non-trivial format, it's a bit of a provocative choice because we really wanted to draw attention to the crisis which is simultaneously widely covered in the media but has become something very mundane," Magone said.

"By releasing this digital campaign and inviting internet users to visit the site jenesuispasjohnny, we wanted to mobilize public opinion and encourage people to say, with Medecins Sans Frontieres, that they do not identify with the EU's migration policy."

"So we created this character, a kind of anti-hero, who is called 'Johnny,' a hunter of migrants and who ultimately reveals the reality that is hidden in the practice of this policy."

© AP Photo / Massoud Hossaini
MSF Statement Tells Gruesome Details of Kunduz Hospital Attack (PHOTOS)
"The EU policy is to close its borders and to entrust control over them to other countries. The agreement concluded by the EU and Turkey in March took the next step, since the decision was taken, ultimately, to organize the forced return of refugees to Turkey."

"And the EU is really going to sign a bunch of agreements with other countries, the aim of which is to put a barrier in the way of refugees so that they are located as far as possible from Europe. That is the same as saying, 'as close as possible to the zones of conflict.' So it is absolutely the same as denying the right to asylum," Magone said.

MSF Not EU Partner in Implementing Aid to Refugees in Turkey