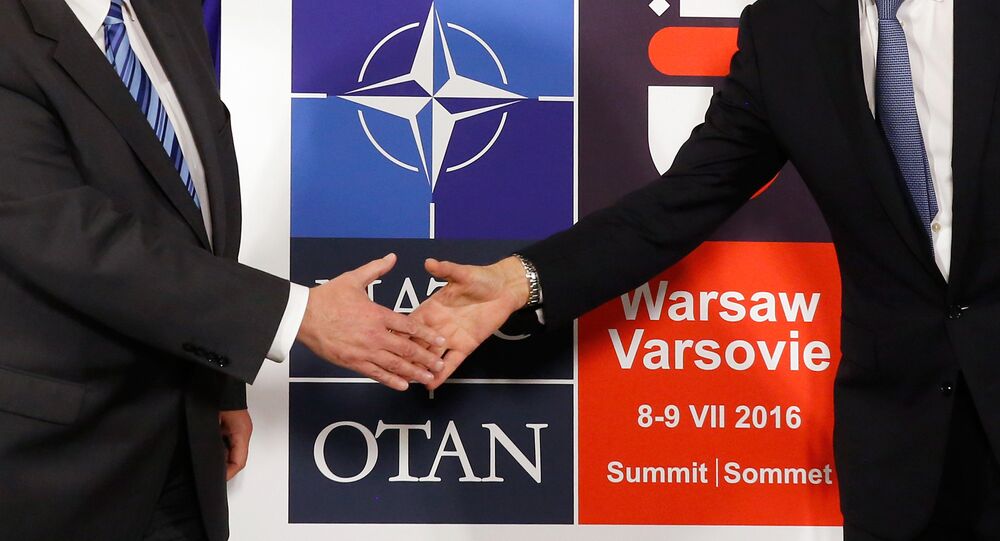 The United States and its NATO allies will discuss ways to deter alleged Russian aggression on the upcoming Warsaw summit.

© REUTERS / Kacper Pempel
NATO Confident Poland to Ensure Warsaw Summit Security
WASHINGTON (Sputnik) — The United States and its NATO allies will discuss ways to deter alleged Russian aggression at the alliance meeting next month in Warsaw, Poland, US Secretary of Defense Ashton Carter said at the Center for a New American Security in Washington, DC on Monday.

“Next month when I accompany President [Barack] Obama to the NATO Summit in Warsaw, we all need to do more to deter and defend against Russian aggression,” Carter stated.

A NATO summit is scheduled for July 8-9, and will be held at the National Stadium in Warsaw. The members of the alliance are set to discuss increasing military activities on NATO's eastern flank among other issues.