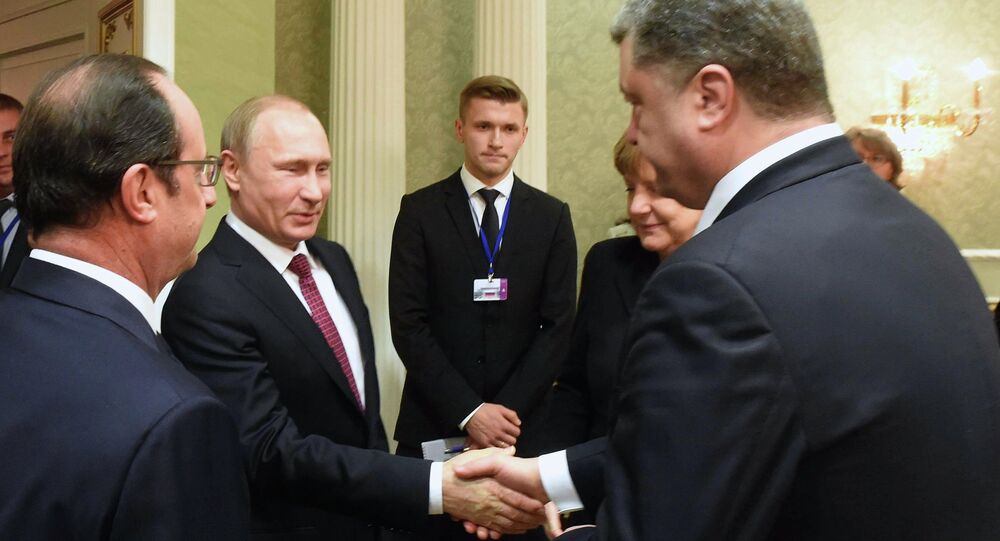 German Chancellor’s office does not have any information on possible Normandy Format meeting ahead of NATO Summit in Warsaw, a government spokesperson told Sputnik on Monday.

“I have no news concerning such a meeting,” the spokesperson said, adding also that he was unaware of the possibility of bilateral meeting between Putin and Merkel.

© REUTERS / Kacper Pempel
NATO Confident Poland to Ensure Warsaw Summit Security
According to the German newspaper sources, the talks aim to clarify the next steps to be taken toward implementing the Minsk accords on Ukraine reconciliation.

In February 2015, Kiev forces and eastern Ukraine's pro-independence militias signed a peace agreement in the Belarusian capital of Minsk after talks of the Normandy Four leaders.

In May, Putin held phone conversations with French, German and Ukrainian Normandy format counterparts on the settlement of the crisis in southeastern Ukraine, in which he stressed the need to comply with the ceasefire stipulated by the Minsk accords.

All Change for More Chitter-Chatter on London's Tube Network