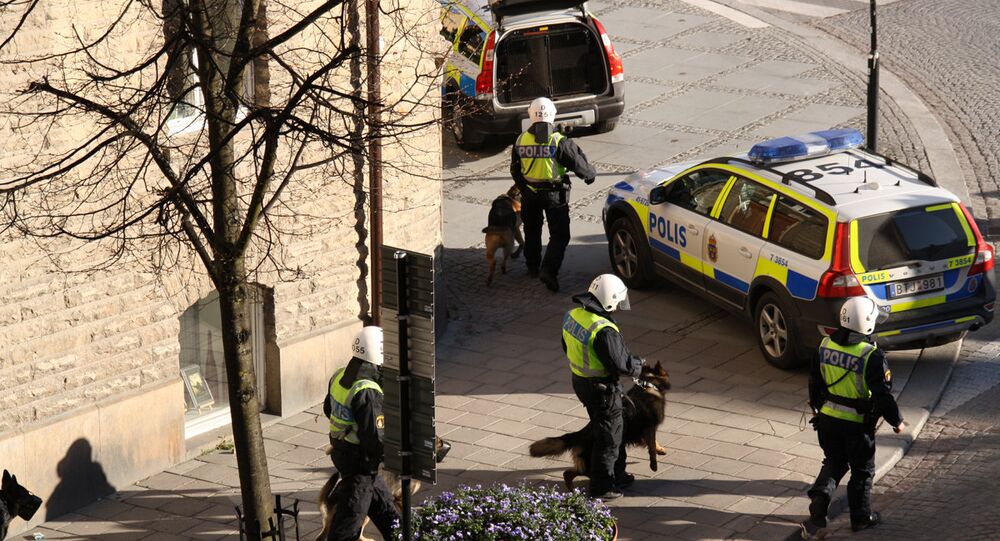 Last year, Sweden backed up its self-imposed reputation as a "humanitarian superpower" by taking in an unprecedented 163,000 asylum seekers. However, this feat has left Sweden struggling with integration problems, also spurring a surge of organized crime. Curiously, the refugees themselves have become the victims of this ham-fisted policy.

"There is a rather scary development with many cases of professional criminals and other unscrupulous people breaking into this line of business, obviously thinking that it is possible to earn big money and to do it fast," police press spokesperson Christer Nordström told the radio program Ekot.

"I cannot disclose any exact figure, but a serious increase has been noticed. At present, we are concerned about how many criminals in different ways gets into this business and earn big money," Nordström added.

Remarkably, this information is no news for Swedish national police operational department NOA, which by own admission possesses intelligence data on the matter.

"As it is often the matter with branches with a rapid procurement, there is a problem with criminal organizations entering the market," NOA head of intelligence Linda Staaf said.

© AFP 2021 / STIG-AKE JONSSON / TT NEWS AGENCY
Sweden Turns Into Islamist Hotbed Following Botched Integration Policy
The NOA boss stressed that financial offences are the primary type of crime that organized criminals commit after entering the asylum accommodation field. She also pointed out the risk of the gangs subsequently taking advantage of vulnerable residents and coaxing them into committing other crimes.

"Examples are prostitution, or taking advantage of people in vulnerable positions through illegal labor," she said.

Even the Migration Board is familiar with this problem, admitting the existence of criminal networks operating asylum accommodations. However, it may be difficult to make a correct evaluation, let alone target the problem, due to the wide use of figureheads.

"Of course it is bad if there are rogue operators that act in our accommodation centers. We are also informed and aware of some of these. They are probably the same as the police already know of," Björn Jacobsson, acting head of an accommodation unit said.