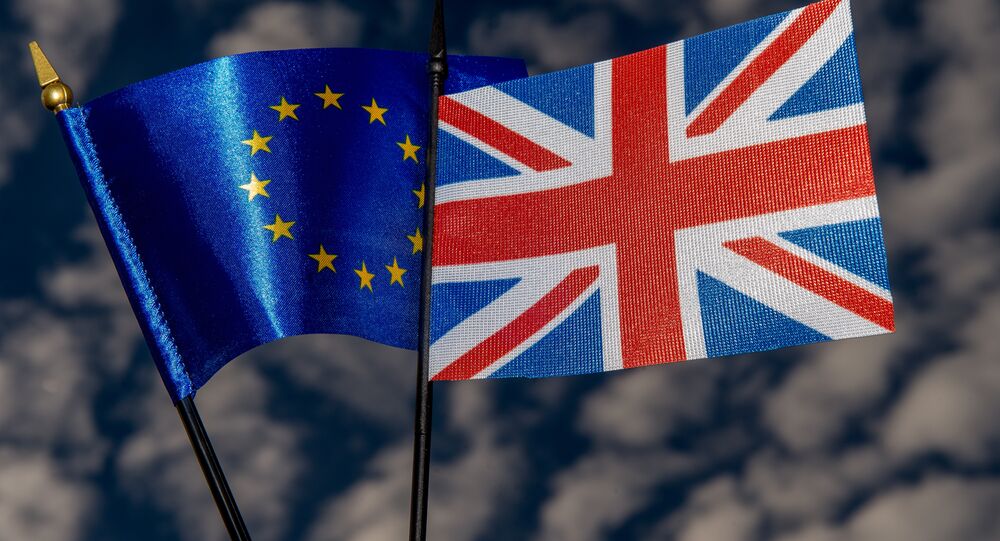 Britain's possible withdrawal from the EU could significantly benefit France, increasing its clout on the global stage, according to business expert Claude Mosseri-Marlio.

© AFP 2021 / Chris J Ratcliffe
Brexit Could Prompt EU to Rethink Sanctions in Pivot Away From the Atlantic
A British vote to abandon the EU may add significantly to France's international clout, the French newspaper Le Figaro quoted Claude Mosseri-Marlio, a lecturer in Business Administration at the American Business School in Paris as saying.

On June 23, UK nationals are set to vote in a referendum on the country's EU membership, after Prime Minister David Cameron and the leaders of the other 27 EU member states agreed in February 2016 to grant the United Kingdom special status within the bloc.

"If predictions of a UK exit from the EU become reality, it could actually be an opportunity for France, for its internal growth as well as on the international stage," Claude Mosseri-Marlio said.

He recalled that the bank HSBC has already signaled its readiness to move its 1,000 employees to Paris in the event of the UK's withdrawal from the EU, something that was also announced by Morgan Stanley, Goldman Sachs and Bank of America.

Right now, there are 132 foreign banks in Paris which can outstrip London thanks to their financial know-how, lower rent, better living conditions, and location in the center of the continent, according to Claude Mosseri-Marlio.

"So Paris can seize a unique opportunity to become a major EU financial hub," he pointed out.

He also said that apart from boosting France's economy, Brexit could help the country win back its former authority in Europe and internationally.

He said that in the absence of UK, the country's nuclear power status will certainly increase France's clout, as it will be the only EU member possessing nuclear weapons. Britain, of course, will remain in NATO, but the European Union will look to France, according to Claude Mosseri-Marlio.

The same situation will be in place in the United Nations, he said, adding that France will be the only official representative of the EU at the UN Security Council (UNSC).

"Although Britain will remain in the UNSC, it will not be able to speak on behalf of the Security Council. All this will strengthen the influence of France in the international arena, "Claude Mosseri-Marlio said.

© REUTERS / Toby Melville
Investors Dump Risk, Rush for Havens as UK Polls Suggest 'Out' Vote on Brexit
He added that if the UK withdraws from the EU, there will be only two small states where the English language will continue to dominate, namely Ireland and Malta. This is something that will make it possible for the French language to hold its rightful place in the EU, he said.

"For better or for worse, a possible Brexit will be a turning point in the EU history. As for France, Brexit will become an unprecedented opportunity which already now underscores the need to redouble efforts rather than astonish foreign investors with our demonstrations and strikes," Claude Mosseri-Marlio concluded.