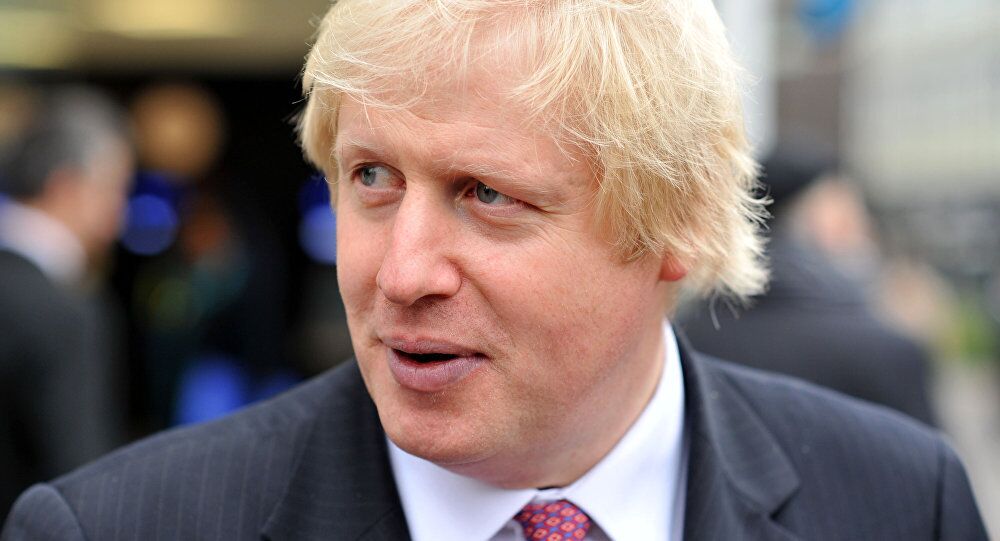 According to media reports, former mayor of London and Leave supporter Boris Johnson said Sunday that the EU referendum was a "once-in-a-lifetime" chance for the UK to reclaim its democracy from Brussels.

MOSCOW (Sputnik) – Former mayor of London and Leave supporter Boris Johnson said Sunday that the EU referendum was a "once-in-a-lifetime" chance to reclaim democracy from Brussels, in an interview with the Sun, a UK newspaper.

Don't wake up to the nightmare of staying in the EU on June 24th. Believe in Britain and vote Leave: https://t.co/XcHo21kS4p

​Britain prepares to vote next Thursday in a referendum on whether it should stay in or leave the European Union.

"This is a once-in-a-lifetime chance to take back control of our democracy from an unelected, undemocratic, unaccountable and unreformed European Union," Johnson told the Sun on Sunday.

© AFP 2021 / Paul Ellis
UK Voters' Support for Brexit Falls, Maintains Lead
The Conservative heavyweight said the decision to pull out of the 28-nation bloc would uphold democracy "not only in Britain but throughout Europe and it will be a fine thing that will echo through the ages."

He gave his vision of Britain after Brexit, in which he would first withdraw from the jurisdiction of the European Court of Justice. His other priorities include reclaiming UK’s annual contributions to the EU budget, seizing back control of the national borders and amending the immigration system.