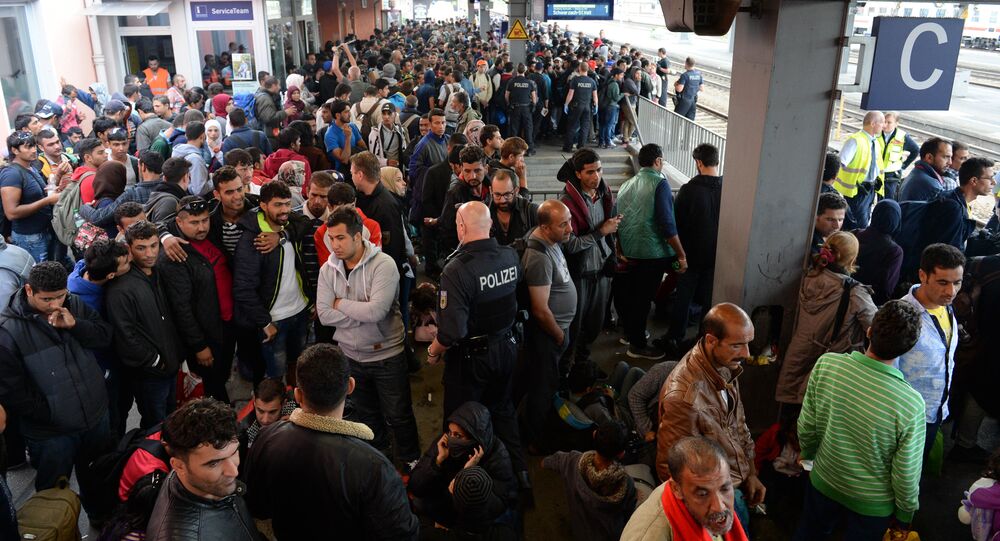 Refugees to No Longer Get Whopping Welfare Check From Austrian State

© AFP 2021 / SAKIS MITROLIDIS
Austrian Plan to Keep Refugees on Islands Under Discussion – Interior Ministry
MOSCOW (Sputnik) — The state government has reduced the amount it pays refugees from a princely 914 euros ($1030) to 520 euros per month, the Frankfurter Allgemeine Zeitung newspaper said on Saturday.

According to Eurostat, the European Union's statistical bureau, net average monthly salaries in several countries bordering Austria are lower than the amount paid refugees; residents of neighboring Hungary bring home a mere 570 euros per month, on average. Salaries elsewhere in the Balkans are even lower.

The move will enable local authorities plan to save 72 million euros over the next three years, according to the publication.

Europe has been beset by a massive refugee crisis, with hundreds of thousands of undocumented migrants fleeing their crisis-torn countries in the Middle East and North Africa to escape violence and poverty.

Austria has accepted 5 percent of the almost 300,000 refugees applying for asylum in the European Union in the first quarter of 2016, according to Eurostat.  After first adopting a welcoming approach to refugees, the country has later changed its policy and said it would limit the number of asylum claims it would accept this year to 37,500.