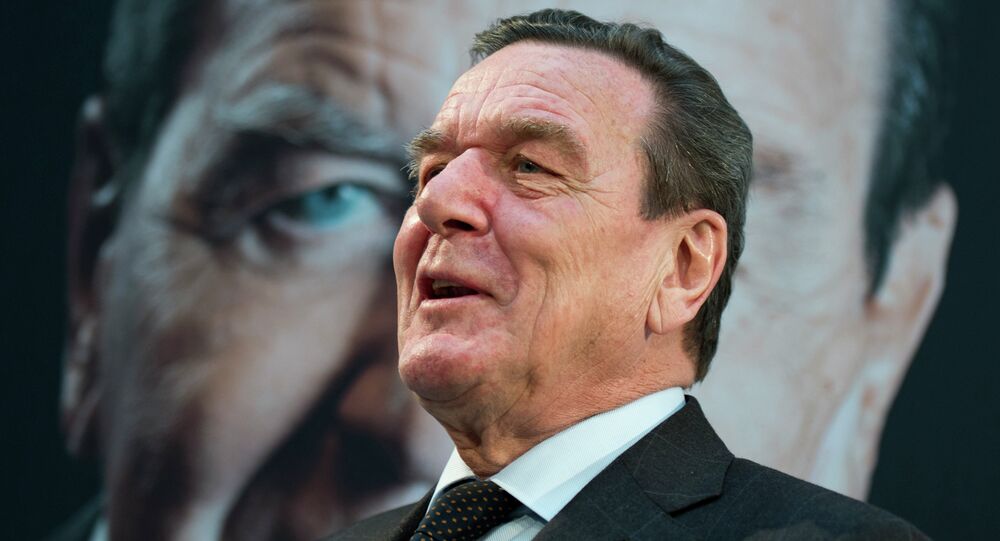 NATO should avoid a possible arms race with Russia, in order to escalate tensions on the international arena.

© AP Photo / Mindaugas Kulbis
Debunking of 'Russia's Myths About NATO' is Nothing but Hot Air
MOSCOW (Sputnik) — Germany’s former Chancellor Gerhard Schroeder said on Saturday that NATO should remain vigilant to avoid an arms race with Russia, because it would not solve any problems on the international arena.

"Now, we [NATO members] should be careful not to start a new arms race. This will not help either mitigate the conflicts or restore good relations with Russia," Schroeder told the German Sueddeutsche Zeitung newspaper in an interview, commenting on the Alliance's decision to deploy four multinational battalions — around 4,000 troops — to the Baltic states and Poland to bolster their defense capabilities in the region.

The ex-chancellor said that he considered necessary for NATO to take steps toward Russia, as "the assumption that someone in the Russian government may invade any of the bloc's countries has nothing to do with reality."

Speaking on the lifting of anti-Russian sanctions, Schroeder said that Germany should strive not to lose the achievements of the former Chancellor Willy Brandt, who played a significant role in the establishment of relations between the Russia and Germany. According to Schroeder, Germany should be careful not to lose the privilege of political and economic partnership with Russia.

© AP Photo / Yves Herman
Chisinau Refuses to Engage in Russia-NATO Confrontation
Since 2014, relations between Russia and the European Union, including Germany, have deteriorated amid the crisis in Ukraine. Brussels, Washington and their allies have introduced several rounds of anti-Russia sanctions since the reunification of Crimea with Russia in 2014, accusing Moscow of meddling in the Ukrainian conflict.