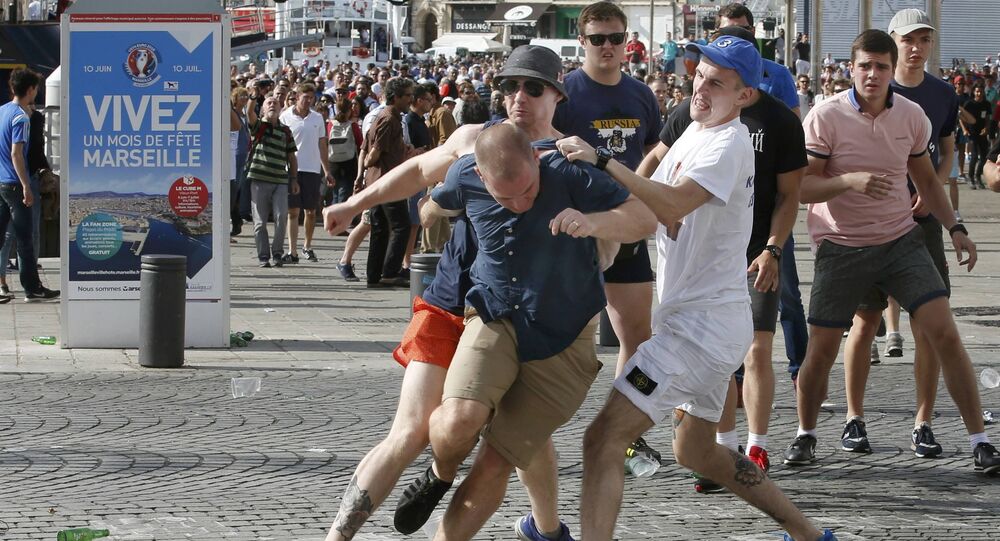 Twenty Russian football fans, who were expelled from France amid violent Marseille scuffles, have left from Nice to Moscow.

PARIS (Sputnik) — A total of 20 Russian football fans, expelled from France over their participation in violent clashes in the city of Marseille, have left from Nice to Moscow, Russia's consul general in Marseille said Friday.

On June 11, at least 30 people were injured in clashes between Russia and England fans in the French city. Following the incident, 20 Russian fans were placed in a deportation center.