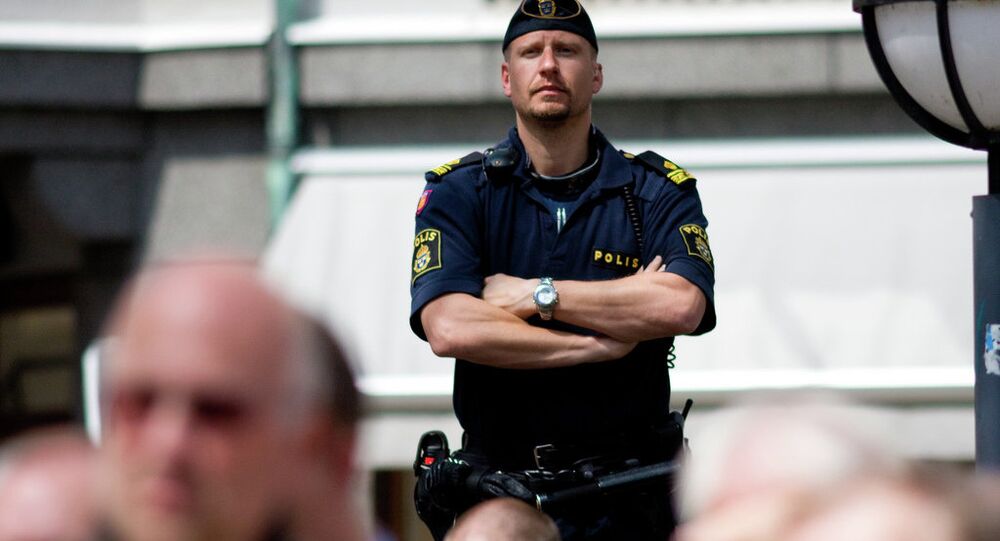 Over the years, overzealously liberal Sweden has been criticized for indiscriminately treating terrorists as war victims and providing them with shelter. Recently, another notorious jihadist almost received asylum rights in the Nordic paradise.

© REUTERS / Dado Ruvic
Extremist Opinions Sacrosanct in Sweden, Despite its Desire to Surveil Daesh Sympathizers
When an infamous Bosnian jihadist landed at Malmö airport on Monday, he was immediately detained by border police after it was established that he had been refused entrance to France. But hardly had the man uttered the word "asylum," when the deportation was interrupted by the Migration Board, Swedish Radio reported.

However, following severe criticism from many security experts, the man was surprisingly refused asylum and scheduled for deportation, which runs contrary to Sweden's well-known leniency towards hardened criminals. The 46-year-old man is currently sitting in custody, awaiting his deportation.

"Obviously, he had no grounds for asylum," Fredrik Bengtsson, press officer at the Swedish Migration Board, told the newspaper Sydsvenskan.

"As soon as these people throw out their trump card and say 'asylum', this opens the gates of heaven," police superintendent Leif Fransson told Sydsvenskan.

According to him, Sweden has appropriately acquired a reputation abroad as a "safe gateway for terrorists." The Daesh terrorist who arrived at Malmö Airport via a direct flight from Bosnia was already on the Schengen blacklist and should thus, under EU rules, have been refused entry into the Schengen area. Among the EU security forces, the 46-year-old is known as a veteran jihadist and is considered very dangerous.

By Swedish standards, asylum rights outweigh EU rules, which is why Sweden accepts refugees from countries that are peaceful by international standards.

"Everyone has the right to seek asylum, it is stated in the Geneva Convention," asylum rights expert Hans Bredberg told TT.

© AFP 2021 / Johan Nilsson / TT NEWS AGENCY
Daesh Setting Their Sights on Sweden as Homegrown Terrorism Froths
Bosnia, which is formally a European democracy that has enjoyed peace for over 20 years, has, along with Sweden and Belgium, contributed with the highest number of Daesh terrorists per capita. Sweden has meanwhile been struggling to keep track of its 300 jihadists, who left to fight in Syria and Iraq. Around 40 of them have been reported dead, whereas some 130 have returned home. The rest are suspected to be shuttling between Europe and the warzone. Jihadism has a long-standing tradition in the Balkans. During the Balkan war in the 1990s, Arab mujahedeen flocked to Bosnia to fight the Serbs.

In recent years, several hundred Bosnians joined Daesh in Syria and Iraq. In 2014, Daesh was revealed to have built a training camp for terrorists in the remote mountain village of Osve in Bosnia. One of the men behind the camp was the 46-year-old Daesh-veteran who had unsuccessfully sought asylum in Sweden.

"The failure of the EU security services to avert terrorist attacks shows that they do not have full control over their own citizens. Consequently, they have even less opportunities to follow jihadists from Bosnia, Kosovo and Albania," Sydsvenskan columnist Olle Lönnaeus wrote.