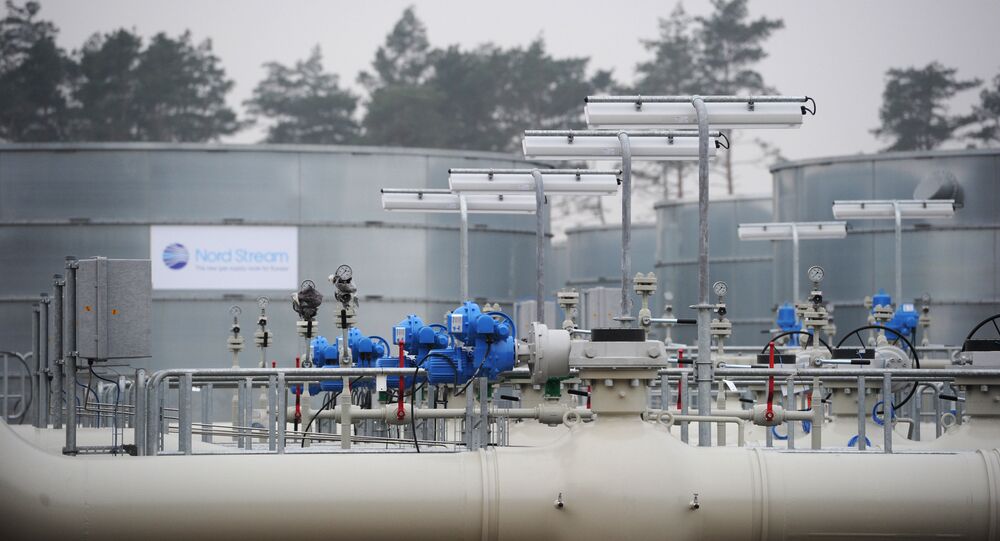 According to the former UK energy minister, Europe needs the Nord Stream 2 gas project to ensure its energy security.

"It's important that we diversify the routes of Russian gas [deliveries] into Europe. Nord Stream 2 does have an important part to play in that process," Hendry said on the sidelines of the St. Petersburg International Economic Forum (SPIEF).

"We need to ensure that gas is coming in without bottlenecks and interruptions. Therefore, Nord Stream can play an important part," he stressed.

According to Hendry, Europe needs part of gas supplies to come from Azerbaijan and the Caspian Sea in order to ensure the region's energy security.

"I also think we need to bring part of gas from Azerbaijan and Caspian and elsewhere into Europe, it's all part of the European security," Hendry said on the sidelines of the 2016 St. Petersburg International Economic Forum.

© Sputnik / Maksim Blinov
Russia's Gazprom Says Gas Supplies to Austria Up by Almost 20% in 2016
The EU-backed Southern Gas Corridor (SGC) is aimed at delivering 10 billion cubic meters of gas from Azerbaijan to Europe via Georgia and Turkey. According to the Azerbaijani Energy Ministry, the SGC project is expected to be completed in 2019.

"Russian gas is going to be an important part of the European energy mix. Therefore, it needs to have reliable routes for ensuring that it can get to the market," Hendry said on the sidelines of the St. Petersburg International Economic Forum (SPIEF).

The 2016 SPIEF is due to take place on June 16-18. The agenda for SPIEF 2016, which will be held at a new venue for the first time in 20 years — at the Expoforum Convention and Exhibition Centre — includes business forums of the Shanghai Cooperation Organization, BRICS, and the Business 20.