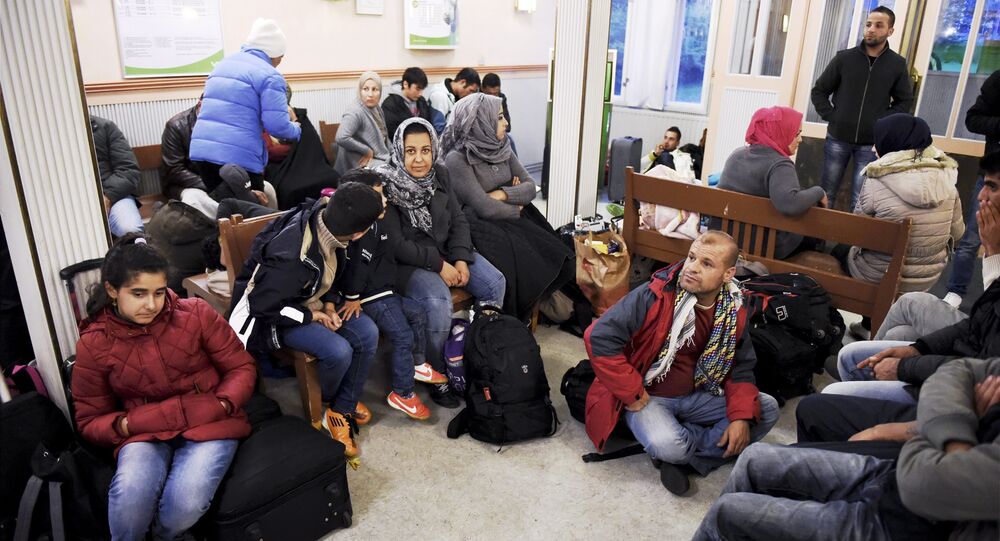 The electronic service that would make remote family reunification possible has been put on hold in Finland. The technical solution is reportedly ready, but the Finnish authorities say they lack the resources to handle the resulting tsunami of applications.

© Sputnik / Sergey Kompanichenko
Finland Plans to Close Border With Russia at Night to Save Money
Initially, the online services were intended to be introduced in spring. The necessary technology is available, but the launch has been postponed for fear that the new service would multiply the number of applications beyond all reason.

"This is not intended to deliberately make things more complicated. But we simply do not have the sufficient resources for this," the Foreign Ministry's IT manager Ari Uusikartano told Finnish national broadcaster Yle, referring to staff cutbacks, which left many offices struggling with a personnel shortage.

Besides, even with the electronic application available, the applicants would have to appear at a Finnish mission in person anyway to be interviewed and make a payment for the application. Still, the electronic service could have saved the applicants a difficult and perilous journey, as Finland has no diplomatic missions a number of war-torn countries in the Middle East. Therefore, Syrians and Iraqis are forced to travel to the Turkish capital of Ankara to initiate the process, whereas Afghanis have to travel to New Delhi in India.

© Flickr / Bobo Boom
There Can Be Only One: Finland to Ban Dual Nationals From Civil Careers
Moreover, Finland is now paving the way for further tightening the rules on family reunification, a process which has been going on since 2010. The stated goal is to ensure that Finland no longer stands out as an "exceptionally attractive" country for asylum-seekers.

Recently, the minimum income requirement for a refugee to be able to apply for reunification with his family in Finland has been increased. For a family with two children, this would amount to a net income of 2,600 euros a month, implying a monthly salary of almost 4,000 euros, which is far more than the average wage in areas such as the municipal sector.

"On the one hand, the government emphasized the need for effective integration but on the other hand, they take action that does not support the effective integration while at the same time adopting a whole package of measures likely to impair the proper protection of asylum seekers," Susanna Mehtonen, legal expert at Amnesty International in Finland told Yle.

© AFP 2021 / Lehtikuva / PANU POHJOLA
International Migrant Smuggling Ring Busted in Finland
In winter, Thomas Bergman, a lawyer at the UNHCR in Stockholm, also voiced concern that some of Finland's proposals may impair the refugee's integration possibilities.

"We are concerned about family reunification, as regards the potential for a whole family to start a new life in the new country. This is crucial for successful integration. It is difficult for a human being to attach themselves to a new country when you are still worried about your family left in the home country," he said.