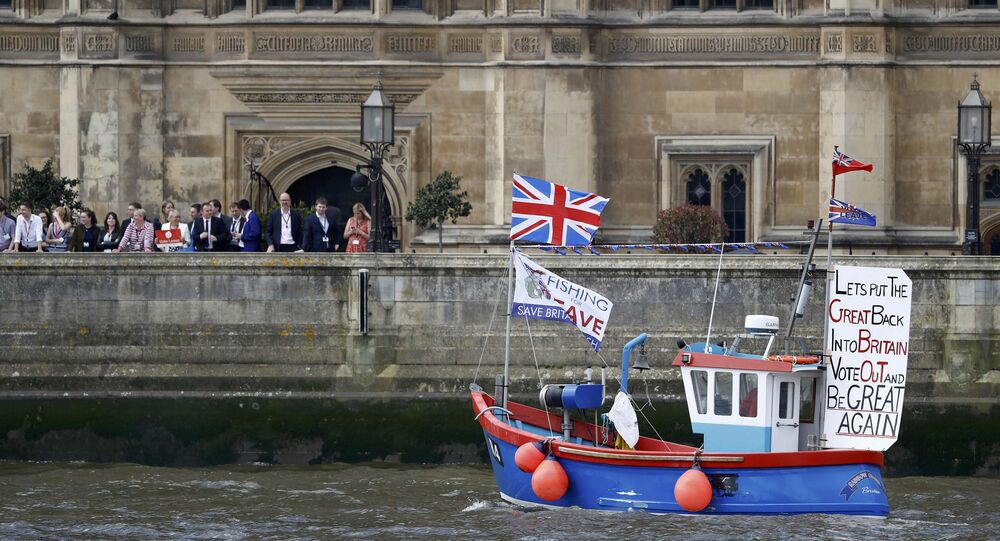 The Vote Leave campaign gained a six-point lead with just one week before the referendum on the UK's membership in the European Union, local media reported Thursday.

MOSCOW (Sputnik) — Some 53 percent of Britons now support the Leave camp while only 47 percent want to stay in the bloc, excluding don’t knows, Evening Standard reported quoting findings of the telephone survey carried out by Ipsos MORI market research.

© AFP 2020 / Daniel Sorabji
Media Mogul Murdoch Turns on Best Mate Cameron in Brexit Vote
The poll showed that the Remain campaign's predictions of unprecedented economic decline in case of Brexit, dubbed by critics as Project Fear, are largely mistrusted by voters. However, probably the most important finding is the fact that a fifth of people are on the fence and may change their mind.

As Many as 47% of UK Nationals Support Brexit, 40% Back Remaining in EU