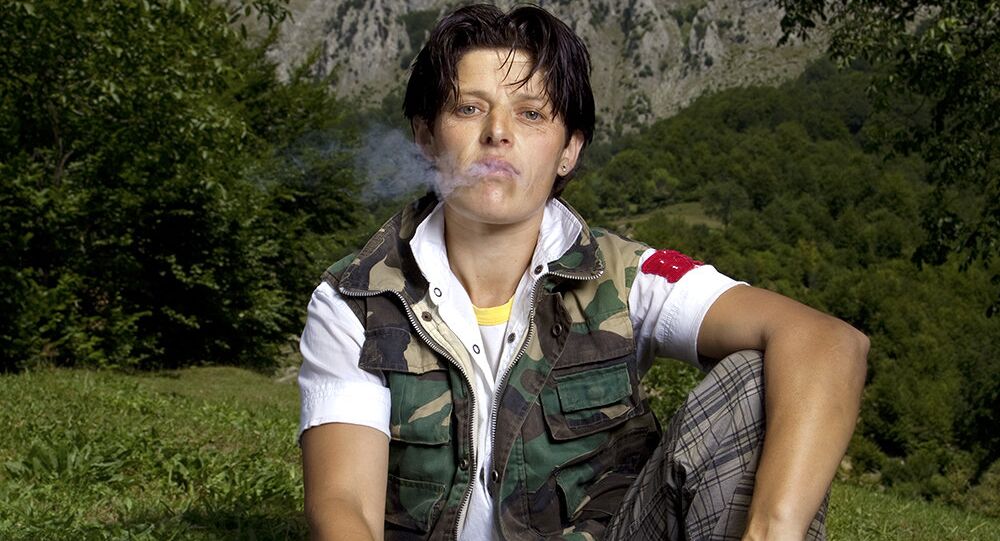 'One of a Kind': Albania's' Sworn Virgins Finding Freedom Through Manhood

Sworn virgins are neither myth nor legend but a tradition in rural villages in northern Albania where some women are men, as Jill Peters, photographer and film-maker discovered.

"When I first traveled to northern Albania in search of the sworn virgins, I didn't know if I'd find them — or if they'd speak to me," Peters told Sputnik. "My fixer thought I was crazy. He had heard of sworn virgins in the north of the country, but assumed they were just a myth or legend."

The tradition of sworn virgins dates back to around 500 years. When the head of a household died without a male heir, his daughter could choose to "become" a man, affording her privileges of being able to work, smoke, carry a weapon and socialize with other men — but only if she dressed as a man and took a vow of celibacy, for life, becoming a sworn virgin.

Peters became fascinated by the northern Albanian sworn virgins after reading about them in "Cultural Anthropology" by Serena Nanda in 2008.

"I thought it was fascinating. It just seemed spectacular to me and I was surprised there was little published or documented about them, so I decided to go and photograph them myself. I felt time was limited and because the tradition is dying out, I thought it should be documented on film so we can hear their voices and really gain a sense of who they are," Peters told Sputnik.

"They're one of a kind. It's the only tradition that I know of, where women are permitted to have the rights of a man, by dressing like a man and by pledging an oath of celibacy."

Peters explains that the sworn virgins live in the same villages that they were born in, so everyone knows that they are biologically women and they are just part of village life.

When Peters initially arrived in the villages to meet the sworn virgins, she was met with apathetic confusion by members of the community.

"People in the village were confused as to why I wanted to meet them, 'what do you want with him? He's just a farmer,' they'd say, or, 'he's just an old man.'

"If they present themselves as a man, smoking a cigarette, carrying a gun, then the rest of society wouldn't even question their true gender. The way in which their society accepts them and treats them as men, means over time, they just began to think like men, it's a natural progression," Peters says.

The tradition of the sworn virgin is underpinned by the code of the Kanun which has four pillars: honor, hospitality, right conduct and loyalty to kin.

"Honor and trust is everything in their culture," Peters says.

"I have always tried to present them in the way I see them. I make sure that they understand this is not about sexual orientation — the sworn virgins are very concerned that people portray them as transgender, which they are not.

"It's not a sexual orientation or identity; those things aren't recognized in northern Albania. It's about the social context and the service they provide to their family."

'Worth the Celibacy & Sacrifices'

Having filmed, interviewed, photographed and gained the trust of the sworn virgins in northern Albania since 2009, Peters believes the price of celibacy "is a high price to pay for freedom and not an easy way to live," which is why the tradition is dying out.

"They've given up so much — some of them are incredibly lonely. Their families have grown up and left and they don't have children of their own," Peters told Sputnik.

"They don't have regrets; they would do it again, the freedom they were able to have was worth whatever they don't have now, children, or experiences that define us as human beings," Peters told Sputnik.

"But the sworn virgins found their fulfilment in another way — through their freedom."

Peters intends to return to northern Albania to film the sworn virgins again for a feature documentary.