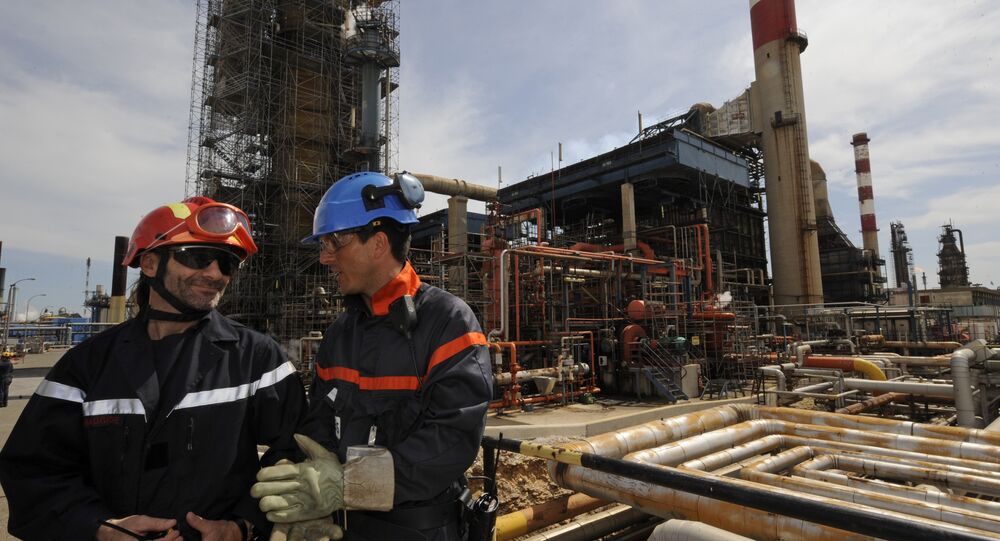 MOSCOW (Sputnik) — In May, Third Energy, another energy company, gained approval for its plans to extract shale gas at the Kirby Misperton site in North Yorkshire's district of Ryedale. INEOS has also announced plans to open up to 4,000 fracking wells in North Yorkshire.

"We will capture and contain it, treat it back to the standards agreed <…> with the Environment Agency and discharge where allowed under permit, most likely the sea," INEOS Shale Operations Director Tom Pickering said in a letter to a local resident in Ryedale, revealed by The Guardian newspaper.

On May 23, North Yorkshire councilors approved plans to extract shale gas in the region despite anti-fracking protesters gathering outside the council building. The motion was passed by a margin of seven to four. Protesters voiced concerns with possible harmful effects of fracking on water, farming, tourism and the environment, which have been dismissed by shale gas companies.

© Flickr / The Weekly Bull
Frack No! Activists Demand DNC Add Fracking Ban to Party Platform
"Ineos’ wastewater will be enclosed in double skinned storage tanks before being recycled. An environmental permit from the Environment Agency <…> will be required where we need to dispose of any process water according to an agreed waste management plan," an INEOS spokesman said, as quoted by the publication.

The practice of hydraulic fracturing, or fracking, has been repeatedly slammed by environmental activists and some policymakers, who claim that it leads to water contamination. The UK government has backed fracking, arguing that it provides employment, growth and energy security.

In late April, a UK Department of Energy and Climate Change (DECC) poll revealed that support for fracking among the public has fallen to the lowest levels since 2012, standing at 19 percent.

US is Delusional Regarding Cheap Shale Gas - Expert