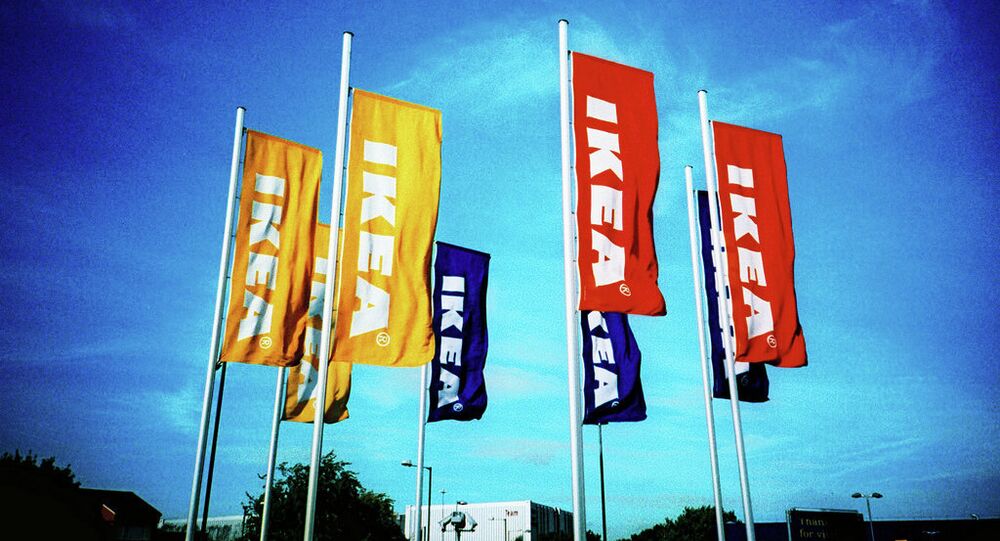 Under the Carpet: IKEA in Trouble for Supporting Egyptian Dictatorship

Swedish furniture giant IKEA has recently landed in trouble for allegedly being an accomplice to the former Mubarak regime in Egypt. The company's Egyptian carpet provider was revealed to have close ties with Egypt's dictator, who has been convicted of corruption and is detained at a military hospital on the grounds of his old age and poor health.

© Photo : skaraborgslanstidning.se
Cloudy With a Chance of Ikea Meatballs: Swedish Food Plant Poisons the Air
IKEA's carpet supplier in Egypt, Oriental Weavers, was very close to the Egyptian dictatorship and reportedly siphoned millions of dollars to organizations controlled by the Mubarak family, Svenska Dagbladet revealed. The owner Mohammed Farid Khamis was an MP in Mubarak's NDP party and was a member of the upper parliamentary chamber for 15 years. He has also appeared in numerous corruption investigations, but was never convicted.

Despite a wave of harsh criticism from, among other, Amnesty International, Swedwatch and Institute Against Bribes for indirectly supporting the Egyptian regime, IKEA still maintains the provider was good and stresses that the company does not chart the political affiliation of its business partners.

"The question of links between businessmen and political parties in the country is rather complicated. We are still short on facts on the direct link. Normally, we choose not to comment on or evaluate various individuals' political leaning," Elm told Svenska Dagbladet.

Oriental Weavers was started in 1979 by the Egyptian tycoon Mohamed Farid Khamis, known for his ties to the Mubarak regime. Nearly four decades later, Khamis was dubbed "Carpet Pharaoh" and "Textile King" by the press in the region. Arabian Business magazine listed him as one of the Middle East's most influential businessmen. Ikea signed an agreement with Oriental Weavers in 2002 and has since been an important customer for the carpet manufacturer.

Mubarak's dictatorship lasted from 1981 until the revolution of 2011 when he was deposed by popular protests.