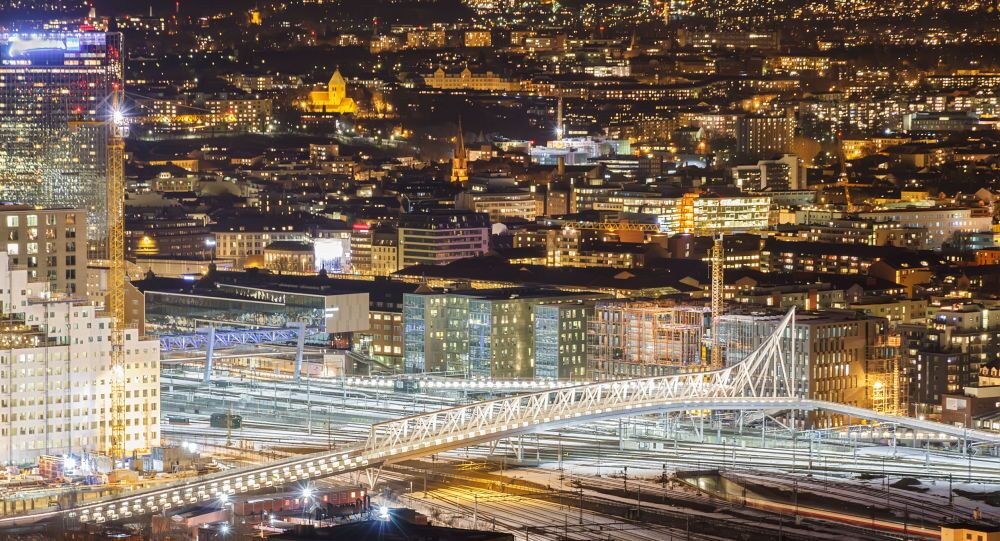 A film about the involvement of William Browder, the UK millionaire of US origin, in a $230 million theft of Russian taxpayers' money through the tax evasion scheme and the death of legal consultant for his investment fund Sergei Magnitsky will be presented in Norway within the next couple of weeks, film director Andrei Nekrasov told Sputnik.

WASHINGTON (Sputnik) – Nekrasov spoke at the movie’s premier night at the Newseum in Washington, DC. The screening of "Magnitsky Act — Behind the Scenes" took place at a journalism history museum despite Browder's efforts to stop it, while his lawyers have succeeded in preventing the film from showing in several European cinemas.

"We will try to show it again in Europe," Nekrasov said. "I know that after [the movie was] banned in Norway almost everyone was outraged. It was among the top local news for one and a half weeks. People were frustrated over the fact that some foreigner was able to interfere in the internal Norwegian affairs and place a ban. As a result the movie will be screened within the next two weeks."

The director noted that initially Norway planned to show only one hour from the movie, but now they want to screen it from beginning to end.

Nekrasov, known for his criticism of the Russian authorities, decided to make a film about Browder's story, but in the course of research he came to a conclusion that the millionaire's narrative was false and Russian authorities were the victims of a multimillion theft.

"In the beginning I met with Browder, I believed him. I listened to him and though he would be my storyteller. I even came up with a role for him — the main character in the documentary drama. He should have been one real person, and all the others would have been actors. And he was," the director said.

Nekrasov explained that throughout the film it is seen how his view on the Magnitsky story is changing because of the emerging details and facts.

Nekrasov said that first he ignored such irregularities but then other facts were appearing.

The director also noted that the statements in the report by the Parliamentary Assembly of the Council of Europe (PACE) were also wrong as the person who conducted the independent investigation based it on the documents obtained from Browder.

Nekrasov said that he hoped that the movie would show that the adoption of the Magnitsky Act by the West was wrong, and many resolutions adopted in Europe under the Magnitsky name are based on the lie.

"I hope that I am showing that Browder invented this story in his selfish interests to confuse politics and society, and declare that all investigations against him in Russia are politically motivated," he stated. "I don’t know everything. I know that some things Browder made up, but I don’t know how everything was. He does not answer these questions, and this itself is suspicious,"

Nekrasov also shared that they are making another documentary on Magnitsky now.

"I think he is not alone, some very serious people are behind him. That’s why he can open the doors of the parliament and the congress with his left foot. He has very rich and influential friends, who might have been somehow connected with him during his activity in Russia. And they will be defending him until the very end," he added.

Magnitsky was a Russian lawyer, who revealed alleged official corruption at the highest levels of the Russian government. He was detained in 2008 and accused of conspiracy and abatement for tax evasion. He died in the Matrosskaya Tishina pre-trial detention center in Moscow on November 16, 2009.