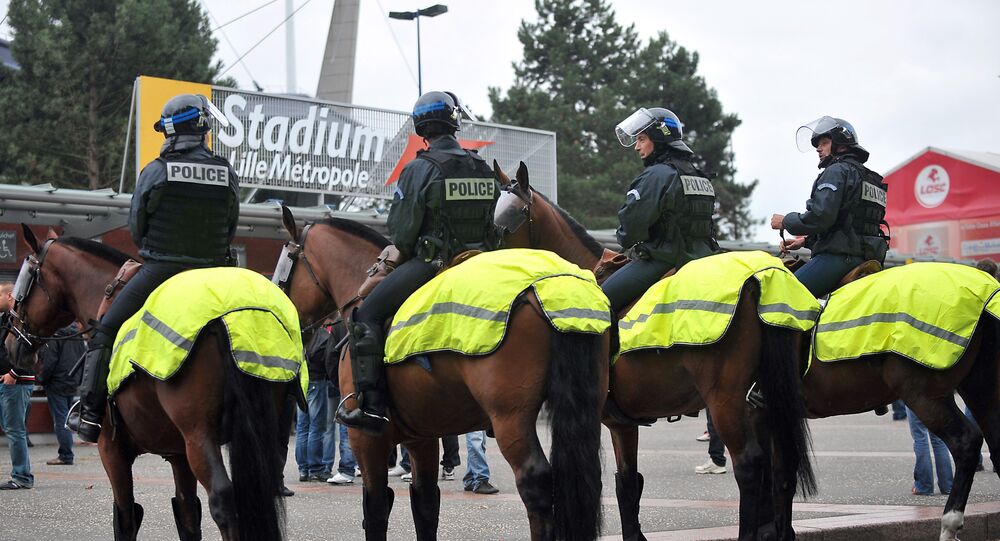 LILLE (Sputnik) — Russian football supporters are blocked by French riot police near Lille where the Russian national team is set to play against Slovakia on June 15, head of Russian Union of Fans Alexander Shprygin said Tuesday.

"French police searching Russian supporters traveling to Lille for the Russia-Slovakia match for weapons and drugs," Shprygin said in his official Twitter account.

He added that the union had informed the Russian consulate in France about the problems they encountered.

As a result, two Russian and six English nationals were detained after the scuffles.