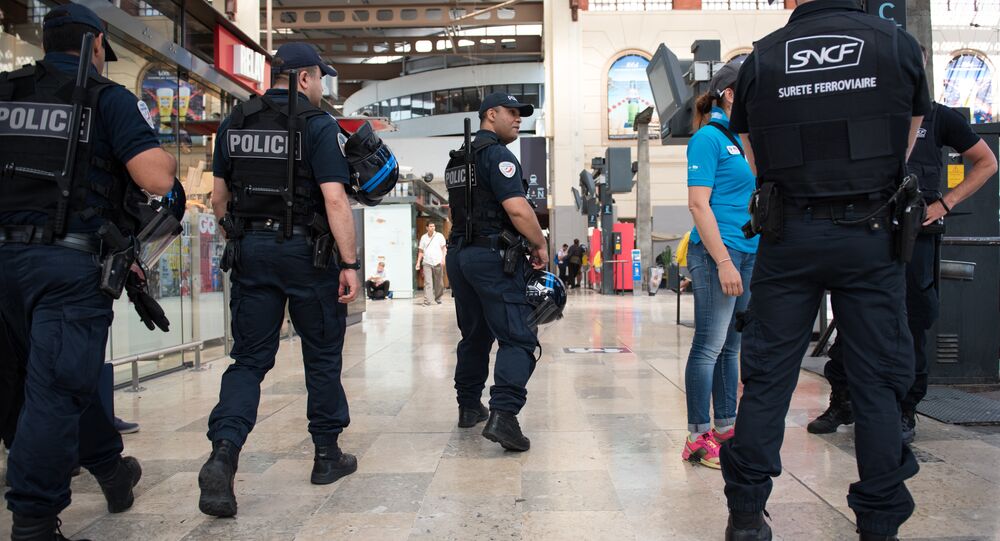 The French Interior Ministry announced a full mobilization of security forces amid the Euro 2016 championship after a deadly extremist attack in US.

© AFP 2021 / Mandel Ngan
US Navy, Marine Corps Stand Ready to Protect Americans After Orlando Shooting - Official
MOSCOW (Sputnik) — The French Interior Ministry announced on Monday a full mobilization of security forces that would stay on alert throughout the Euro 2016 championship after a deadly extremist attack in US state of Florida.

"The mobilization of the French government is total. Security actions will continue throughout Euro 2016," the ministry said on Twitter.

French Interior Minister Bernard Cazeneuve arrived in the city of Bordeaux on Monday to inspect the fan zone at the local stadium, which would host a game between Austria and Hungary on Tuesday.

"We have been getting ready with a lot of vigilance and tenacity," Bordeaux Mayor Alain Juppe, who accompanied Cazeneuve, tweeted. "We must stay vigilant in the face of the maximum terrorist threat. The Orlando attack proved this."

A mass shooting at an Orlando nightclub, the deadliest in US recent history, claimed 49 lives on Sunday. US President Barack Obama confirmed that the gunman had been influenced by extremists.

France has been on high security alert since last November when jihadists associated with Daesh killed 130 people in Paris in a series of gun and bomb attacks, one of which targeted the Stade de France stadium.