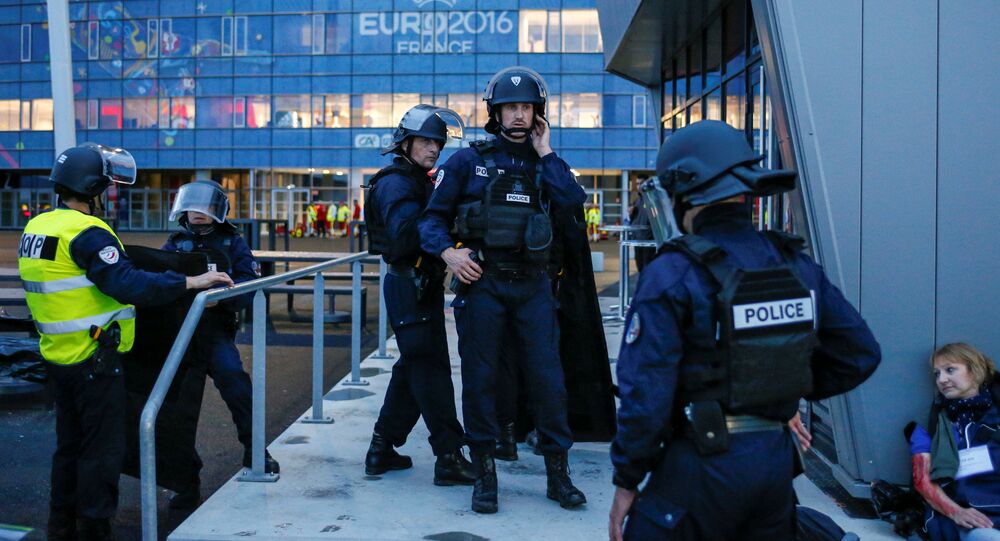 The Russian consulate in Marseille is monitoring the destiny of Russian football fans who were detained by police in the southern French city, the Russian embassy in France said on Monday.

© AP Photo / Claude Paris
Russian Football Fans Could be Among Arrested During Marseille Clashes
CROISSY-SUR-SEINE (France) (Sputnik) — On June 11, two Russian nationals were detained after scuffles between Russian and English fans at the Velodrome stadium in Marseille, which was hosting a Euro 2016 match between Russia and England.

"The General Consulate in Marseille stays in touch with the French police. There are liason officers delegated by the Russian Interior Ministry who are handling this issue," the Russian embassy's spokesman, Sergei Parinov, told R-Sport.

Parinov added that the detained Russian nationals were charged with administrative offense.

"In the short term police will decide on the issue, apparently by expelling them [the Russian fans] from France with subsequent temporary ban to travel to the Schengen area," the Russian diplomat added.

On June 11, the Russian national football team played in a draw with the team of England at the Velodrome stadium in Marseille within the UEFA’s Euro 2016. After the match, the clashes between dozens of Russian and English fans erupted at the stadium.