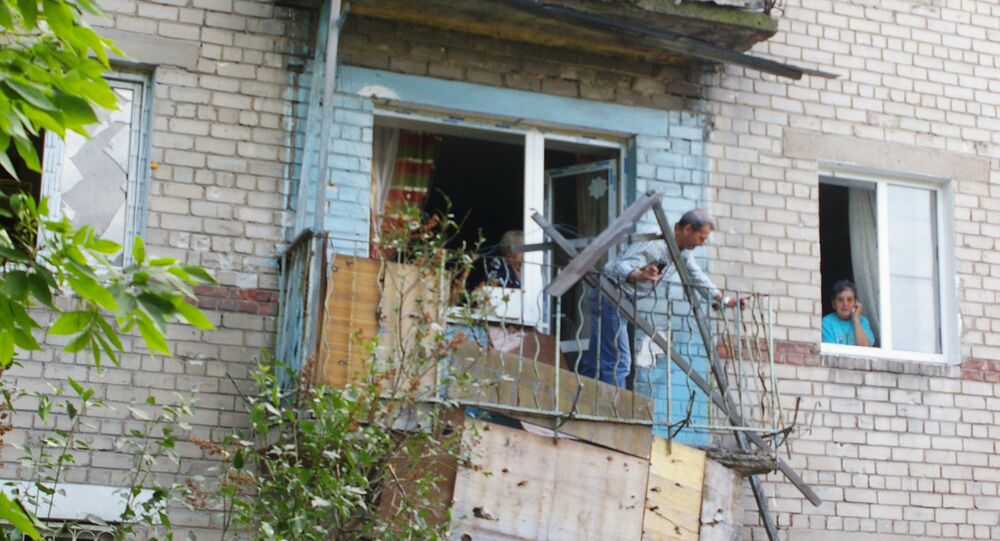 Germany to Give Over $6.5 Mln to Food Emergency Program for Eastern Ukraine

Germany will provide Ukraine with 6 million euros for civilians affected by war in country's east.

"The German Federal Government will allocate for 2016 and 2017 the funds totaling 6 million euros for humanitarian projects of the Food and Agriculture Organization of the United Nations in the east of Ukraine," the embassy said in a statement.

The embassy noted that the funds will be allocated under the Food and Agriculture Organization (FAO) humanitarian program Emergency Assistance to Civilians affected by the conflict in Eastern Ukraine. The embassy's press service reminded that Germany allocated 4.5 million euros [$5 million] for Ukraine as part of this program in 2015.

© AFP 2020 / DIMITAR DILKOFF
No Agreement on OSCE Police Mission to Eastern Ukraine - Kremlin
"The purpose of this humanitarian project which started in late 2014… is to provide the main food products for the people in need which are affected by the conflict in eastern Ukraine. The project makes an important contribution to ensuring the survival of many internally displaced persons," the embassy said.