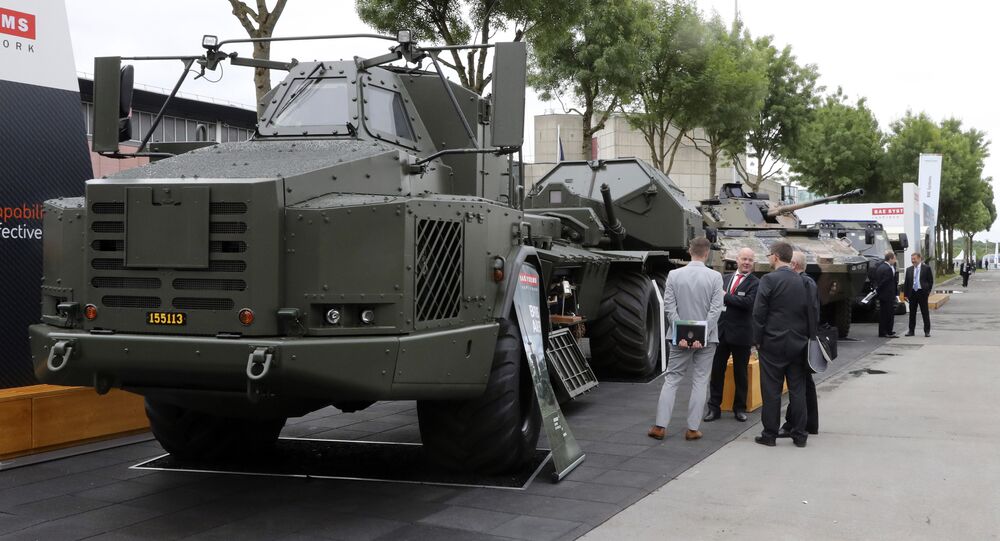 A group of activists from pacifist movements on Monday protested against the Eurosatory 2016 international defense and security exhibition, which is held in Paris, a RIA Novosti correspondent reported.

Before the guard service succeed to remove the protesters from the exhibition, the pacifist activists hung up a rainbow flag with the word "Paix," which means "peace" in French language.

At the moment it is unknown whether the activists have been just removed from the exhibition, or they have been arrested by police.

On June 13-17, the French capital hosts Eurosatory, the largest exhibition of Land and Air-land Defense and Security in the world. It is dedicated exclusively to the issues of security and defense. It has been held once in two years under the auspices of the French Ministry of Defense since 1967.