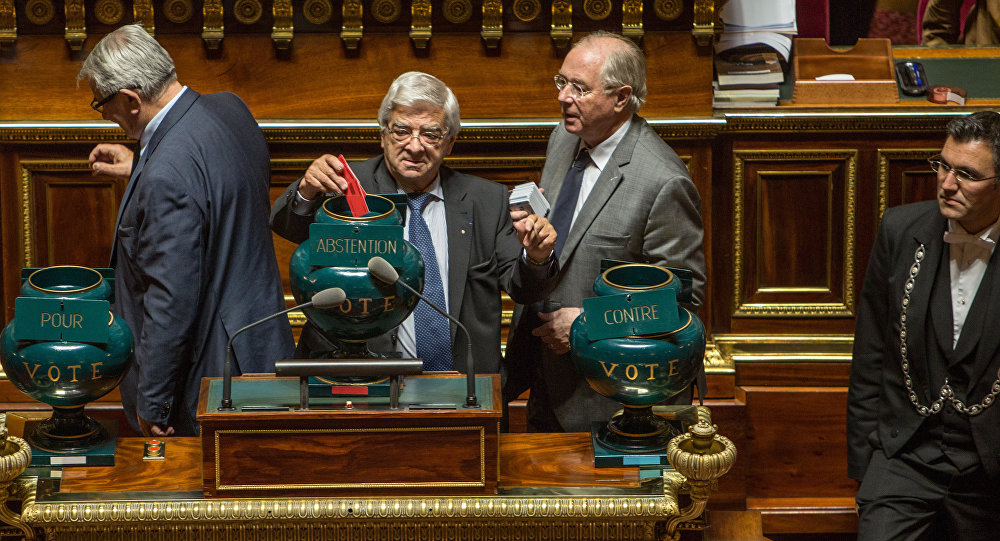 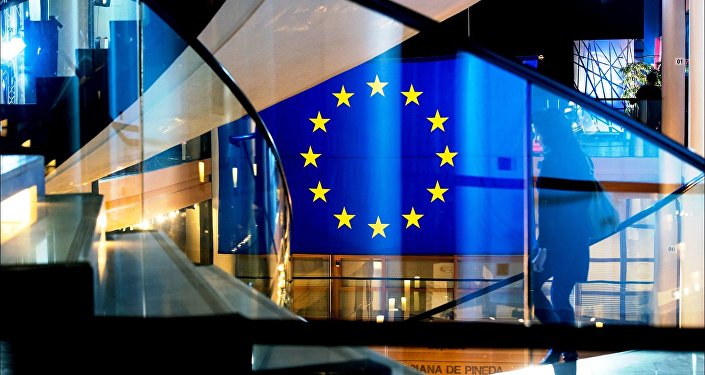 © Flickr / European Parliament
European Politicians Urge to Lift Anti-Russian Sanctions in Open Letter
“In France the government is in charge of foreign policy, so the resolution by the Senate will have no effect in the short run, as it was the case in April when the National Assembly voted against the sanctions imposed on Russia,” Cyrille Bret said.

He said that the vote could still have an effect in the medium run because there will be general elections next year and if a rightwing President is elected, the general policy of France towards Russia, especially where it comes to sanctions, could change.

When asked whether the worsening of relations with Russia had affected the French economy, Cyrille Bret said that French agriculture and food exporters had it been hit hard by the sanctions with the loss of about 1 billion euros.

“It’s had a huge impact on the French economy, but as I said, this situation won’t change in the short run,” he noted.

Answering a question about how Europeans feel about these sanctions, he said that “Europeans feel damaged and fear that they are losing market share in Russia.”

“Meanwhile, Russian producers are benefiting from this embargo as it bolsters certain sectors of the domestic market, namely of dairy products and cheese. Besides, Russia has now switched to fruit and vegetable imports from countries like Morocco, so the Europeans feel the negative effect of the embargo on a daily basis,” he added.

When asked whether the EU and US sanctions had had any impact on the Kremlin’s policy, Cyrille Bret said the situation reminded him of Iran.

“The sanctions [once imposed on Iran] had had little, if any, effect on the Iranians' nuclear development program."

Meanwhile, the United States, which has traditionally had much soft power in Europe, wants the anti-Russian sanctions to stay.  As for Russia, its influence is notable in the economic field, especially regarding gas supplies to the entire Europe.

Europe is a strategic field for the US and Russia. There are several economic sectors, including agriculture, energy, big data, and rare metals, which draw attention of Moscow and Washington. There are real strategic motives behind their turn to Europe.

Many analysts believe that numerous flaws of American foreign and domestic policies have damaged the reputation of the US in the global arena. As a result, other countries, including Russia, are now taking advantage of the situation.

At the end of June, the EU Council will assess whether or not to renew the anti-Russian economic sanctions, first implemented in 2014 in connection to alleged Russian involvement in Ukraine's crisis.