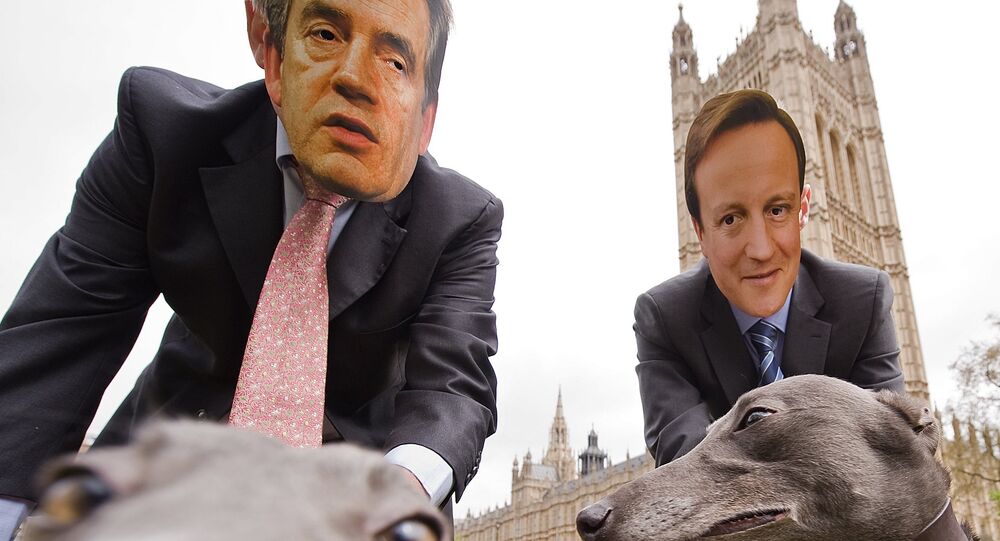 UK Prime Minister David Cameron is attempting to steer attention away from infighting within his Conservative Party over the Brexit debate on British membership on the European Union, leaving opposition Labour to wheel out ex-Prime Minister Gordon Brown.

© REUTERS / Russell Boyce
Legal Action Threatened as Brexit Goalposts Moved After Website Gaffe
Cameron's Conservatives have been split over Britain's membership of the European Union — the subject of an historic In-Out referendum on June 23 — ever since the signing of the Maastricht treaty in 1992, which created the institutions of the EU as we know it today. So bitter was the acrimony within the party that John Major — who signed the treaty — lost the 1997 election over the issue and kept the Conservatives out of power for 13 years.

In an effort to win the 2015 election, Cameron promised an In-Out referendum on the issue by the end of 2017. The moment the date for it was announced, the rival campaigns began — not least the rival camps within the Conservative party, with ex-London Mayor Boris Johnson leading the "Leave" group and Cameron making the case for "Remain."

Thus, much of the campaigning has been a slug-out between Cameron and Johnson — the co-called blue-on-blue war — which has dominated the agenda and the media.

John Major and Tony Blair today set aside their differences to campaign for Britain remaining in the EU #StrongerIN pic.twitter.com/pf7I4qU7Fy

On the other hand, the Labour Party — led by lifelong Euroskeptic Jeremy Corbyn — is officially backing 'Remain' but has failed to engage with many voters and its own party membership — which a recent poll found was unsure of the party's official stance. Corbyn has been lukewarm in the campaign, drawing criticism from some of his parliamentarians.

Great to be on the campaign trail with @jeremycorbyn working for a #Remain vote in Aberdeen.Thanks @LewisMacdMSP pic.twitter.com/wSz4LiioT8

The biggest issues for the mostly left-leaning, working class Labour supporters is immigration and the matter of foreign workers taking British jobs for less money and enjoying benefits. According to the latest poll by ORB, 44 percent of people who voted for Labour at the 2015 general election now back "Leave."

Now, former Labour Prime Minister Gordon Brown is stepping into the campaign in favor of remaining in the EU. He will argue that "smaller nations look to us for leadership. What message would we send to the rest of the world if we the British people — the most internationally minded of all — were to walk away from our nearest neighbors?"

Lead not Leave https://t.co/2BFjrbwYug #GordonBrown's passionate & powerful video on why we should remain in EU

#GordonBrown gave up your laws & borders without asking you. Now he wants YOUR support to remain. He's laughing at you #remain 😂 #voteleave

Guess what #GordonBrown and the EU have got in common
Gordon wants you to vote for record youth unemployment#Brexit pic.twitter.com/2LlfJ7OOZs

​Cameron is hoping that the parliamentary Labour Party will urge Corbyn to take a stronger line on the UK remaining in the EU — despite his lifelong hatred of the EU — and that Brown's intervention will distract attention from his own party's blue-on-blue infighting as it tears itself apart over Europe.

With ten days to go and the polls looking perilously close, that's a big ask.