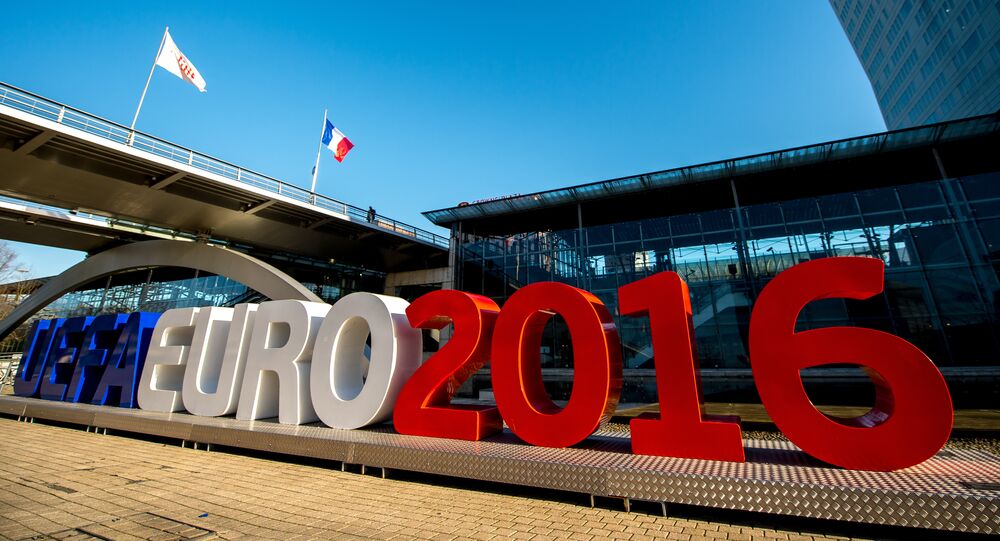 UEFA expressed its dipleasure for the Marseille clashes between Russian and English national teams fans.

© REUTERS / Jean-Paul Pelissier
Russian Football Fan Released After Arrest Over Clashes in Marseille
MOSCOW (Sputnik) — UEFA in a Sunday press release expressed its "utter disgust" for the clashes that erupted in the French city of Marseille ahead of the football match between Russian and English national teams, as well as after it.

"UEFA expresses its utter disgust for the violent clashes that occurred in the city centre of Marseille, and its serious concern for the incidents at the end of the match inside Stade Velodrome," the press release published on UEFA's website said.

The statement added that such behavior was "unacceptable" and "has no place in football."

On Saturday, numerous clashes between English and Russian football fans have been continuing in the city throughout the day. Local police used tear gas and water cannons to disperse the fighting fans ahead of the match between the two national teams.

Later in the day, Russian national football team played in a draw with the team of England at the Velodrome stadium in Marseille within the UEFA’s Euro 2016 tournaments. The game ended with 1:1 score. After the match, the clashes between Russian and English fans erupted again at the stadium.