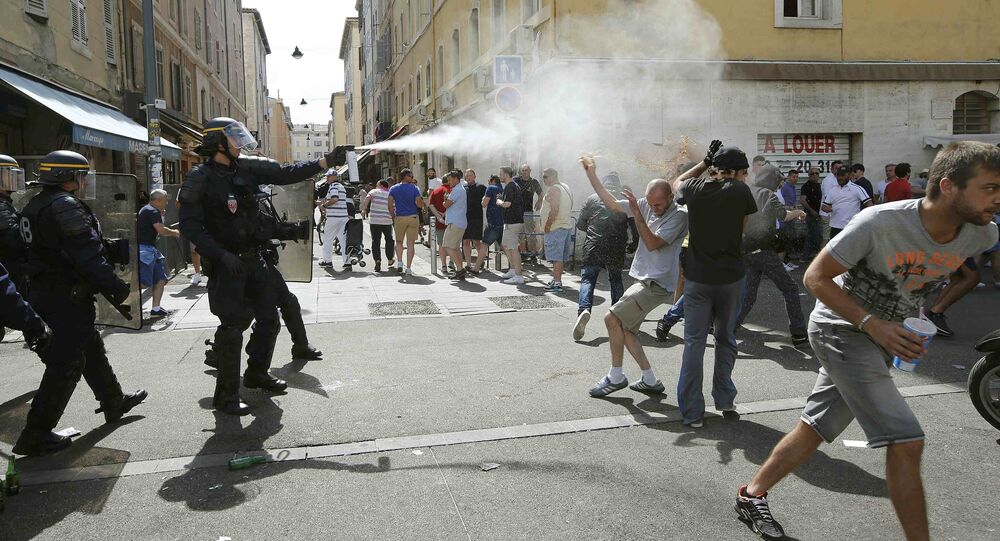 A Russian football fan, who had been arrested in Marseille due to UEFA Euro-2016 championship fans clashes, was set free on Sunday, Russian Sports Minister Vitaly Mutko said.

© AP Photo / Claude Paris
Russian Football Fans Could be Among Arrested During Marseille Clashes
MOSCOW (Sputnik) — A Russian football fan, who had been arrested following the clashes in the French city of Marseille during the UEFA Euro-2016 championship, was set free on Sunday, Russian Sports Minister Vitaly Mutko said.

On Saturday, Russian national football team played in a draw with the team of England at the Velodrome stadium in Marseille within the UEFA’s Euro 2016. After the match, the clashes between dozens of Russian and English fans erupted at the stadium. Following the clashes, French police reported that some of the fans had been arrested, including a Russian man.

"What is the most important that the fan, who had been arrested in the city, was set free. There were written reports on an English fan, his health condition has normalized. That's the main thing," Mutko told R-Sport.

During the clashes, at least 31 people were injured in Saturday's violence, three of them seriously and one critically.