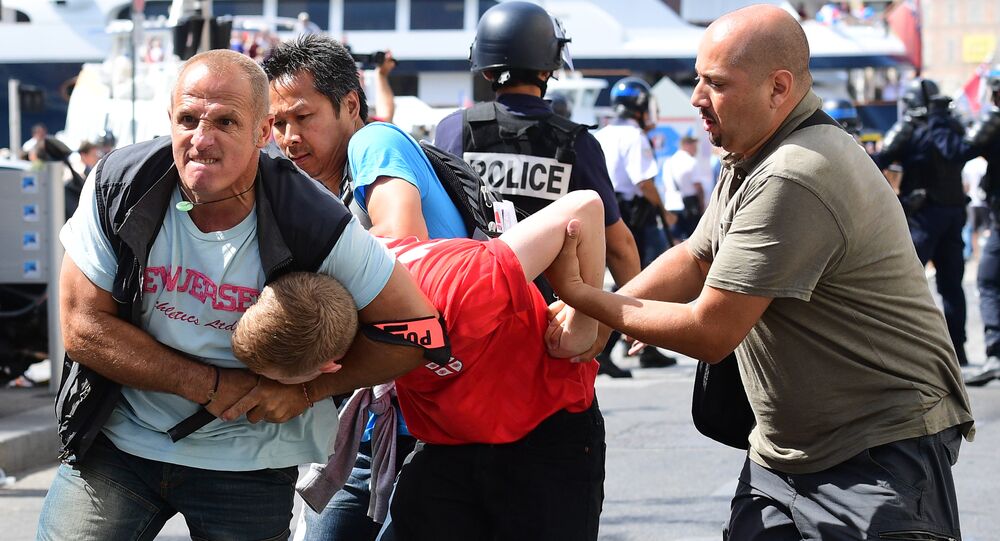 Five Russian citizens have been injured in Saturday clashes erupted in Marseille, a diplomatic source told RIA Novosti on Sunday.

© REUTERS / Jean-Paul Pelissier
Violent Clashes Erupt Between Fans Ahead of England-Russia Game
PARIS (Sputnik) — At least five Russian citizens have been injured in Saturday clashes that broke out in southern French city of Marseille, a diplomatic source told RIA Novosti on Sunday.

"Five people, Russians, suffered in clashes, but there are no critically injured," the source said.

On Saturday, Russian national football team played in a draw with the team of England at the Velodrome stadium in Marseille within the the UEFA’s Euro 2016 tournaments. The game ended with 1:1 score. After the match, the clashes between Russian and English fans erupted again at the stadium.

Numerous clashes between English and Russian football fans have been continuing in the city throughout Saturday. Local police used tear gas and water cannons to disperse the troublemaking fans.