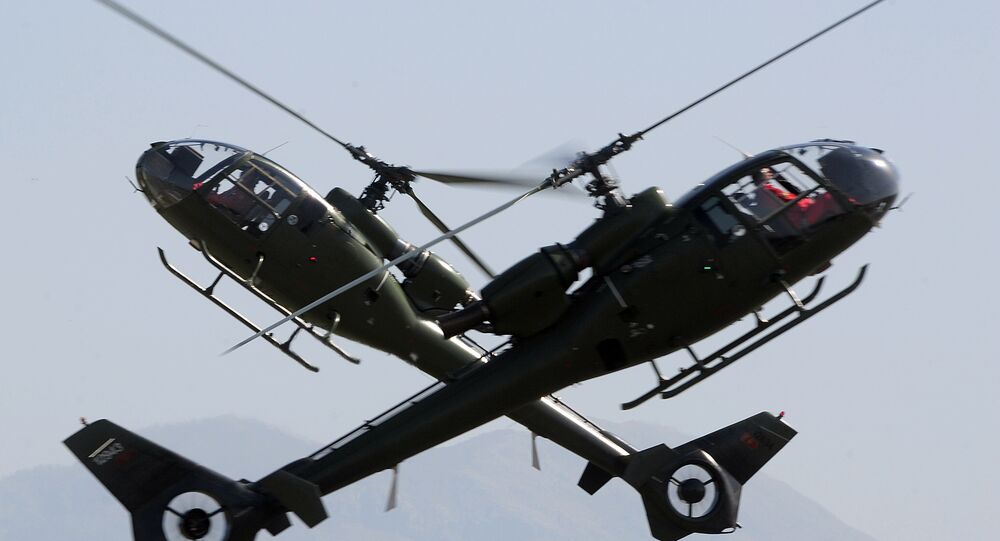 A military pilot was severely wounded, while his co-pilot received lighter injuries in the incident, which took place at about 1:00 p.m. local time (11:00 GMT), the Montenegrin Vijesti daily newspaper said, citing the Defense Ministry.

"Helicopter of the Army of Montenegro – Gazelle HN – 45M, number 12941 – crashed today around 1 pm [11:00 GMT] near Komanski most in Podgorica, during the execution of regular planned flight training. Deputy Commander of the Air Forces of Montenegro Colonel Namik Arifovic and clerk at Flight Operations Desk Lieutenant Colonel Miroljub Antanasijevic were aboard,"  the Montenegro Defense Ministry said in a statement.

No one except the crew was injured. Police and ambulance teams have been deployed to the crash site. Both victims sustained sever injuries and were hospitalized, the military added.

The head of the Montenegrin General Staff, Dragan Samardzic, has reportedly arrived to investigate the incident. According to the statement, the defense ministry is creating a commission to probe into the cause of the incident.

At Least 2 Killed, 49 Injured in Bus Crash in Spain