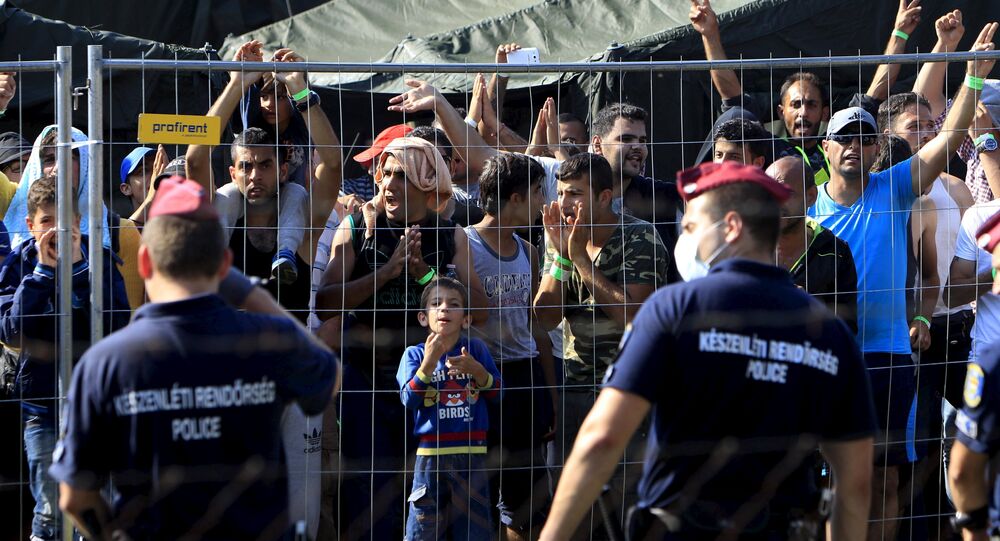 The Austrian and Hungarian Governments are in a diplomatic row over thousands of migrants in Austria that Vienna says should be returned to Hungary under EU rules, which the Budapest administration is refusing to accept.

Under the Dublin agreement, migrants arriving within the Schengen area — the zone in Europe where all countries remove internal borders — must be processed in the country of their point of entry. Austria contends that Hungary should have processed tens of thousands of migrants who made their way across the border in to Austria.

Hungary, however, says they arrived from various other countries within the Schengen area to where — under the Dublin agreement — they should be returned by Austria. The issue is hugely contentious in Hungary, which is to hold a referendum in September or October on whether to accept any future European Union quota system for resettling migrants.

The issue goes to the heart of the core principles of the European Union: the freedom of movement of people, trade, services and capital. The Schengen area was created to introduce a borderless Europe, where participating countries removed all border checks and controls.

However, the influx of migrants fleeing war zones, such as Syria, Iraq, Afghanistan, Libya and other countries in the Middle East and Africa, exposed deep flaws in the Schengen area — not least the fact that its external borders were largely unguarded, unprotected and leaking like a sieve. Moreover, the Dublin rules went out of the window as hundreds of thousands of migrants passed through Europe without being processed.

After German Chancellor Angela Merkel encouraged refugees to make their way to Europe, there was a huge mass movement of people that the EU was incapable of stopping, leading to country after country in Schengen re-erecting their borders.

Plans to relocate 160,000 migrants from Italy and Greece — agreed after months of arguments — have so far only seen 2,195 moved (as at June 9, 2016). Efforts by the European Commission — backed by Germany — to relocate migrants under a quota system have met stiff opposition — especially in Eastern Europe.

The latest spat between Austria and Hungary is the latest example of a failure within the EU to agree a common immigration policy, the collapse of Schengen and the Dublin rules and evidence of deep divisions over migrants within Europe. The situation will hardly be helped on July 1, when the presidency of the EU passes to Slovakia, which is deeply opposed to immigration.