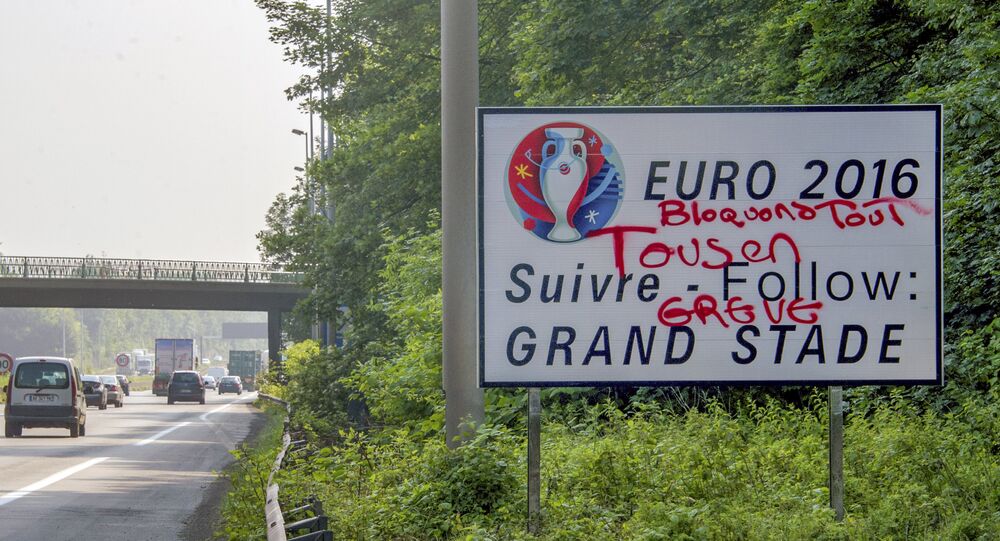 French President Francois Hollande is facing a PR disaster on the first day of the Euro 2016 football tournament as garbage sacks pile up on the streets of Paris and the French air and rail networks are disrupted because of national strike action.

Hollande has pleaded with the French unions — the huge and powerful CGT in particular — not to disrupt the prestigious 2016 Union of European Football Associations Championship, which France is hosting this year.

The opening game is at the Stade de France in Paris, where security is tight ahead of the match between France and Macedonia which kicks off at 2000 local time. Apart from the obvious threat of terrorism, following the attacks on the Charlie Hebdo offices and surrounding areas in January 2015 and the suicide bombings and mass shootings of November 2016, disruption to transport is set to tarnish the atmosphere.

Although Hollande had hoped that the eyes of the world would be on the game, foreign media and visitors are faced with litter on the streets of Paris, because of strike action by garbage workers.

​France has been beset by daily strike action for over three weeks over controversial reforms to the highly codified French labor laws — known as the Code du travail — in order to give employers more flexibility. The labor reforms were largely directed at making companies take on more workers on permanent contracts, rather than temporary ones, to bring down the unemployment rate from ten percent. The proposals would give employers more scope to lay-off workers and cut costs and allow some employees to work far longer than the current 35-hour week.

Since bypassing parliament to impose the changes, Hollande has faced a torrent of protest, with strikers blockading fuel refineries and depots, leading to road transport delays, as well as rolling strikes on the French rail and Metro networks, Air France (where there is a dispute over reorganization) as well as some ports.