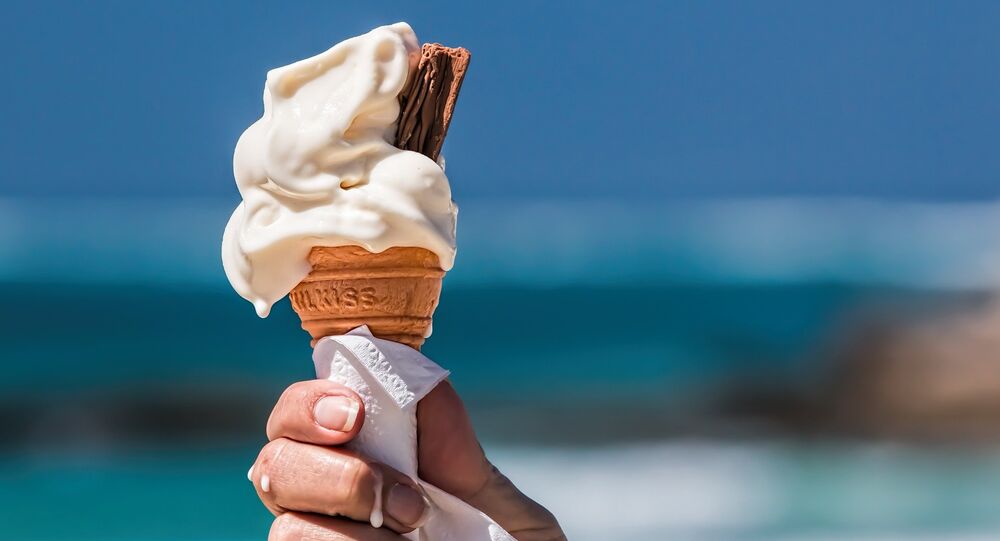 Not even the humble ice cream can escape the debate surrounding the In-Out referendum on Britain's membership of the EU, following claims that a Brexit could have a chilling effect on the UK's love affair with ice cream, if the country votes to leave the European Union.

The boss of Unilever, which owns Wall's, which incidentally makes masses of ice-cream, says trade tariffs could push up the price by 40 percent. CEO Paul Polman told Channel 4 news that voting "Leave" will have "serious consequences" for the price of an ice-cream.

"You will have import duties on dairy. Anybody from outside the EU has important duties that could be up to 40 per cent, 50 percent. So the price of dairy products will go up, the price of ice-cream will go up, and ultimately the consumer will pay the price for that," Polman said.

Another ice-cream manufacturer told Sputnik that British ice-cream makers are keen to sell to Europhiles.

That's my mind made up — Price of ice cream ‘would go up after Brexit' — The Irish News https://t.co/g7uOLJdZgX

"Europe is a growing market for the dairy industry."

But whether the cost of an ice cream will influence UK voters one way or another, only a typical British summer will tell.