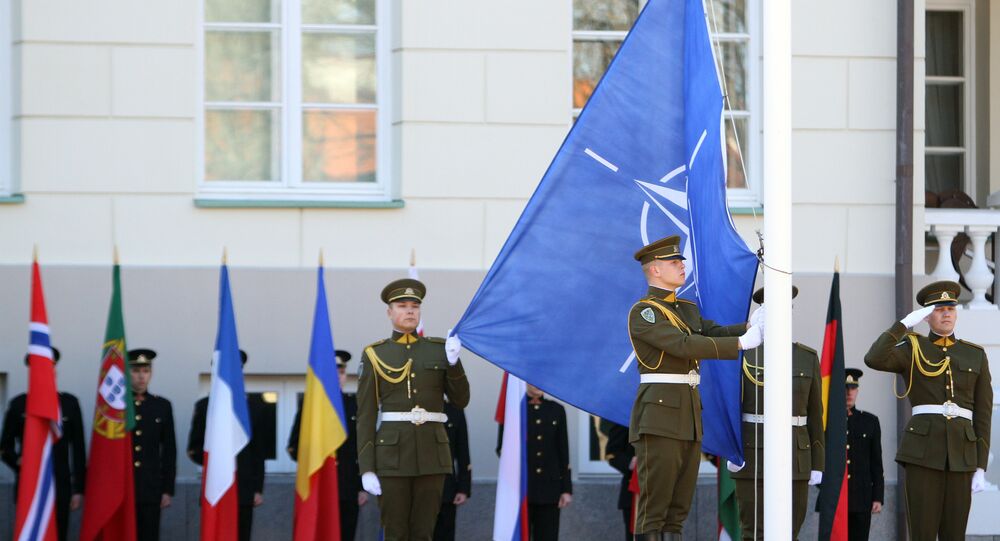 NATO will boost the Baltic members defenses by 2018 in order to offset Russia's geographic advantages in the area.

"By the end of 2017, when we implement all of the ERI [European Reassurance Initiative] funding that is coming online, that we will be much better poised to address the challenges and much better poised to deter Russian aggression in that region that we are now…I don't know that we're significantly more advanced now than when the RAND report came out, but I am confident by the end of 2017, when we have an additional armored brigade combat team worth of force posture on the eastern flank of the alliance, that we will be," Carpenter told the US Senate Foreign Relations Committee.

© REUTERS / Stevo Vasiljevic
Montenegro Defense Minister Denies Country’s Majority Oppose NATO Membership
Carpenter reaffirmed the findings of the RAND Corporation think tank published in a February report. The analysis determined that Russian troops have the capacity to reach the capitals of Latvia and Estonia within 60 hours.

NATO cannot defend its eastern flank territory in the Baltic states, which are the alliance's most exposed members, he added, noting that the situation has not substantially changed since February.

NATO has been reinforcing its military presence in Europe, particularly in Eastern European states, since the outbreak of the Ukrainian crisis, citing Russia's alleged interference in that conflict as justification for the move. Moscow has repeatedly denied the accusations, calling NATO's military buildup near Russia’s borders provocative.