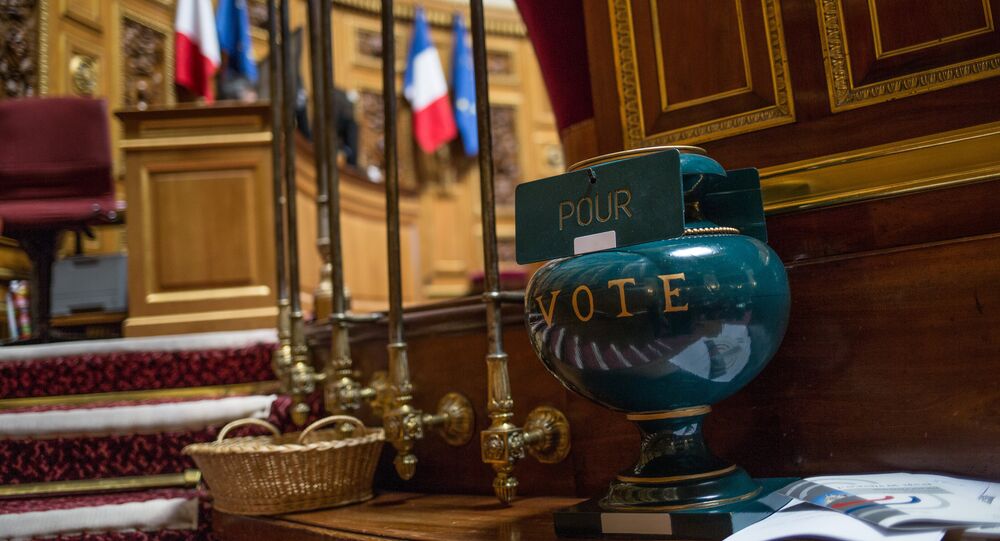 The fact that the French Senate resolution calling on the government to ease sanctions against Russia was passed by overwhelming majority proves that the EU public opposes Brussels' policy toward Moscow, French senator and the author of the resolution Yves Pozzo di Borgo told Sputnik Thursday.

© AP Photo / Francois Mori
Easing Anti-Russia Sanctions Best Decision for France After Resolution
MOSCOW (Sputnik), Svetlana Alexandrova – On Wednesday, the French Senate passed by overwhelming majority a resolution calling on the government to ease sanctions against Russia. Although the resolution is not legally binding, the document will be sent to the French government for consideration.

"For the first time a national European parliament reviewed the issue of sanctions. It showed that the public opinion is not along with the European opinion," Yves Pozzo di Borgo said.

He added that this vote is a major political move for France and for Europe.

"France’s opinion on a mater is taken seriously by the European Council as Paris is a principal actor of the Minsk accords," the senator said.